The Alaska State Parks department is reporting that a black bear had a “violent encounter” with a family, including a child, while the family was out on a hike.

According to officials from the Alaska State Parks conservation officers, black bears, brown bears, and grizzly bears across much of North America are preparing for hibernation and, thus collecting as much food as they can. Due to a reported shortage of food in the area this attack occurred, some bears are starving and getting desperate for the calories they need to sleep out the winter.

Safety Notice: State Park Rangers have reported that a violent bear encounter occurred yesterday between the Grewingk Saddle Trail Junction and the Glacier Lake Trail Tram. A family with dogs and children were hiking along the trail when a black bear sow emerged from the bushes behind the group and charged toward a child in a predatory manner. The bear was shot and killed in the encounter and the family escaped uninjured.

At this time, bears in general around the state are prepping for hibernation and are gathering as much food as possible. Rangers have reported that there isn’t much food around this time of year and many bears are starving. Due to this, bears may exhibit opportunistic predatory behavior towards pets or humans should an opportunity arise.

If you plan to hike in the near future, please be sure to stay fully alert of your surroundings, keep your pets on a leash, and have proper bear defense on your person.

Bear Attacks and Bear Sightings May Increase as Winter Nears

These bears need food, and they don’t care if they have to wander into your backyard or the middle of a hiking trail in Yellowstone National Park. From California to Colorado to Canada nothing is going to trump their need to satiate their hunger. Simply put, if you are out in a bear habitat in the backcountry the chance of a mauling isn’t zero. Be prepared. Keep yourself safe from black and grizzly bear attacks. Carry bear spray (a very strong pepper spray) if you think you’ll be in an area that may have aggressive bears. A firearm works too if you’re qualified to use it. Basically don’t wander into the Yukon or somewhere in Wyoming or Montana totally clueless about the wild animals out there.

“Bear Kills Hiker” is not a headline you want to be part of. A hungry male grizzly bear will not be messing around. A hungry anything won’t be messing around. There are squirrels in New York City that attack people eating in the park for their food. Some malnourished bear in Idaho won’t think twice about it. 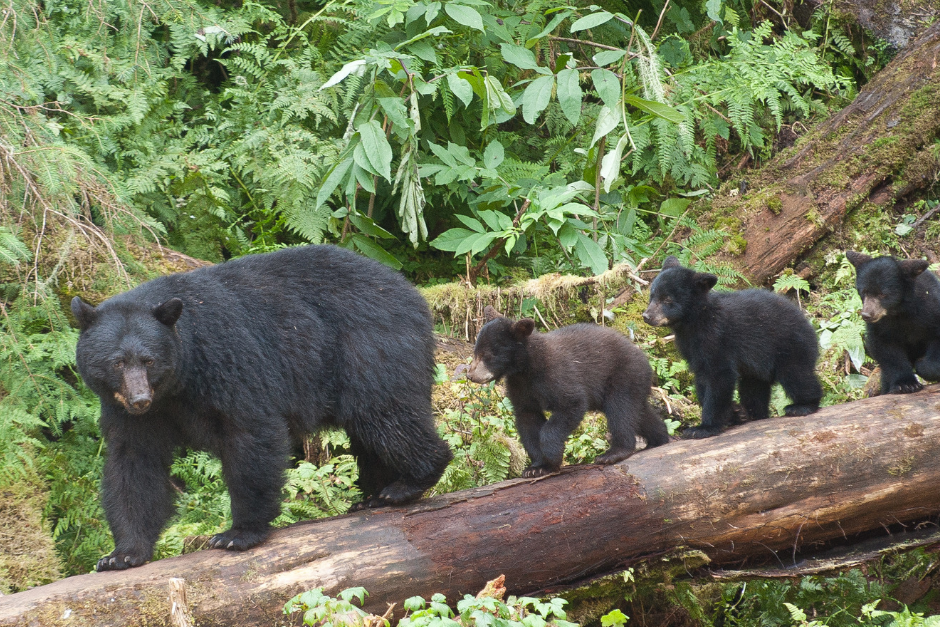