This incredibly heartwarming video was uploaded to the EVOLVE Campaign’s YouTube channel. It features a group of former laboratory chimpanzees experience the outside world for the first time.

As the video begins, the visibly excited chimps exit a building and enter a large enclosed outdoor area. According to the video’s description, “This is the first time they have felt grass under their feet and breathed fresh air for 30 years.”

RELATED: Valiant fishermen intervened when they discovered a pair of bear cubs drowning in a lake

In the wild, chimpanzees live in social communities of several dozen animals and can habituate themselves to African rain forests, woodlands and grasslands. Although chimps and humans are closely related, the apes have suffered much at human hands. These great apes are endangered and still threatened by bushmeat hunters and habitat destruction.

The description of the video also claims that most of the chimps were born in captivity, where they were “locked in metal laboratory cages to be used in a long series of experiments.” This particular release occurred a sanctuary in Austria called Gut Aiderbichl in 2011. In 2015, all chimps were designated an endangered species, putting a stop to all testing and giving them the retirement they deserve.

RELATED: Meet the pit bulls who are top dogs of Chicago’s Midnight Circus 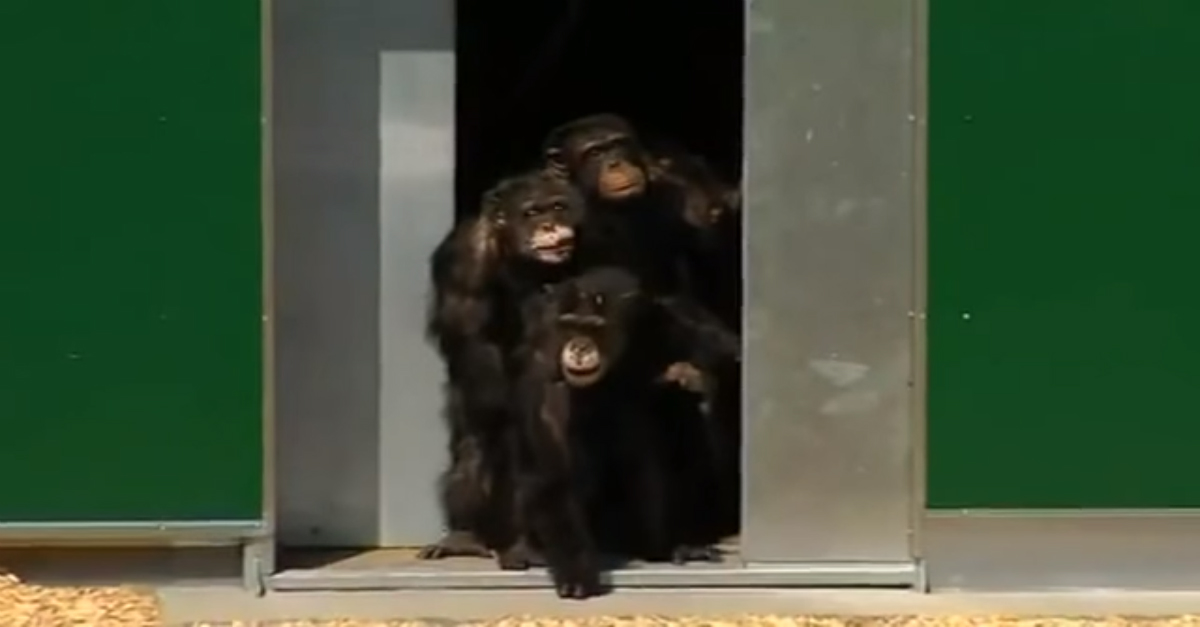