Jack Weaver and his brother-in-law Patrick Widen walked around police barricades, through a creek and up treacherous hilly roads to save Weaver’s mother from the grim task of recovering the body of the family’s beloved dog Izzy.

Katherine Weaver was convinced Izzy died in a ferocious wildfire that destroyed their Northern California neighborhood and sent them fleeing for safety, Katherine still in her nightgown.

When the men reached the end of the narrow road on Tuesday, Jack Weaver swore as he saw that the house was completely gone. But then Izzy suddenly came bounding out for a joyous reunion.

Jack Weaver, who was filming the scene for his parents, captured the moment on his phone in a video that’s gone viral on Facebook, providing a rare bit of good news amid endless scenes of severe destruction.

Two men who hiked for miles through wildfire territory in Santa Rosa in search of their dog, Izzy. https://t.co/x88MwlnN1A pic.twitter.com/i4pvrZoZ91

“She was very happy to see us,” Weaver said of Izzy, a 9-year-old Bernese Mountain Dog. “She’s such a brave dog. She was panting a lot and clearly stressed. But she was not frantic or anything.”

In the frantic race to escape in the middle of the night, the Weavers and many others were forced to leave behind their pets because they couldn’t be found or there was simply no time to get them. Thousands of people remained evacuated Saturday as fires continued to rage in California’s wine country and authorities said it was still too dangerous to return to burned-out neighborhoods of Santa Rosa.

Cellphone service was sketchy, but Weaver was eventually able to reach his mother, who was staying with relatives in the San Francisco Bay Area.

“She just lost it,” Weaver said. “She went from being devastated about losing her home to the being the happiest person I’ve ever seen. I couldn’t get home fast enough. She was really, really happy … She’s still shaken up by the whole thing, but she’s in much better spirits now that Izzy is at our house.”

Animal care workers are working overtime to feed and provide medical care for the pets who survived the inferno.

For Weaver, his first priority was telling his mother that Izzy survived.

A veterinarian said Izzy was fine, likely insulated from the fire’s intense heat by her thick fur coat.

At Sonoma County Animal Services, veterinarians and assistants are caring for 64 cats and 44 dogs, nearly all of them brought in from fire zones. Cats generally have the most severe injuries, including smoke inhalation, burned paws or singed fur and whiskers.

“The severity is often terrible,” said Dr. Katie McKenzie, the lead veterinarian. “Their paw pads are burned off. Or if they aren’t, they come off in the days following. So our goal is to treat them, to remove the tissue that is too burned to be saved and to provide them with pain medication, bandaging.”

Caretakers will change the bandages every 48 hours for as long as six to eight weeks, she said.

Shelter workers update their website every hour with photos of the pets they’ve rescued, and they’re fielding frantic calls from worried pet owners searching for their furry companions. Twenty-five animals have been reunited with their owners, said Monica Argenti, a spokeswoman for the shelter, which is run by the county. 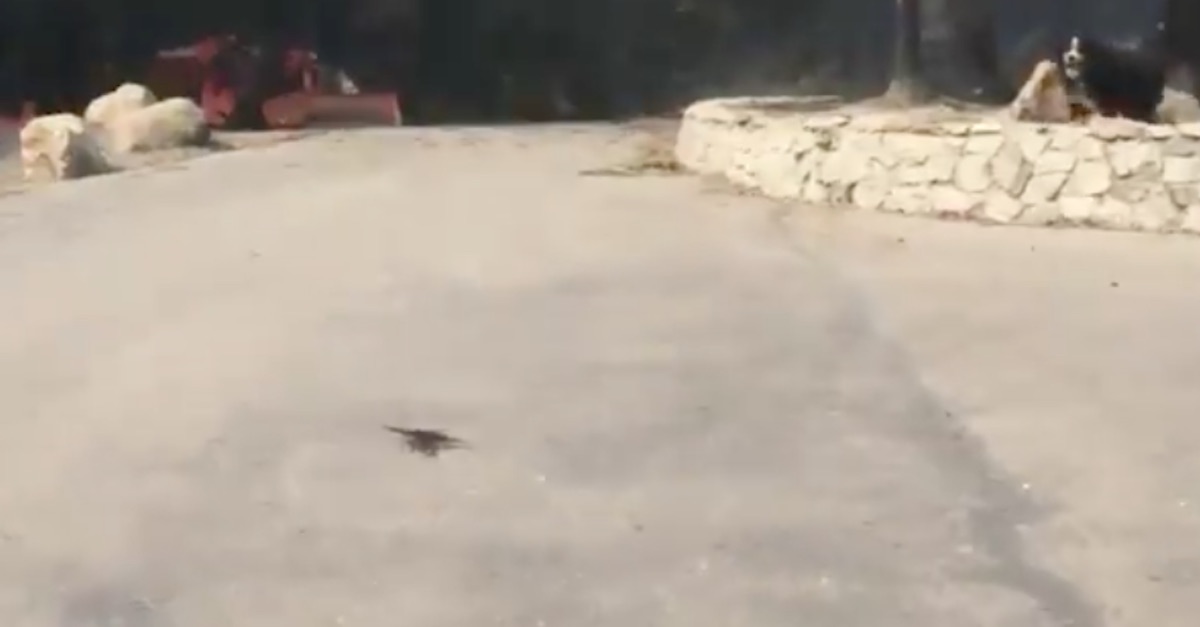