An average day of fishing just got really surreal for this fisherman.

As a small fish gets reeled in, a much larger one jumps out out of the water, takes the catch and goes back into the deep green river.

RELATED: Scientists attempt to figure out why the world’s largest fish can be found near this tiny island

Have you ever seen a fish this big before?

We’re going to go out on a limb here and say that it’s a bigmouth bass. It certainly has a big mouth. But it’s not one of those Billy Bigmouth singing bass, thankfully.

After seeing this video it’s going to be hard to think about lily pads in quite the same way. Prior to watching this video a lily pad was just a pretty green thing floating in the water, picturesque, pastoral and peaceful. Now, they seem more like the thing that monsters of the deep hide underneath before roaring out of the depths to claim a tiny prize and give fishermen and women a little something to think about.

What this video needs is some “Jaws” music. You know, the bum-bum bum-bum bum-bum we hear that tells us that the great white is about to make another kill. Only in this case it’s more like a great gray or great mouth.

What lies beneath the surface is another and clearly more savage world. Watch out where you soak your feet, the tootsies you save may be your own! 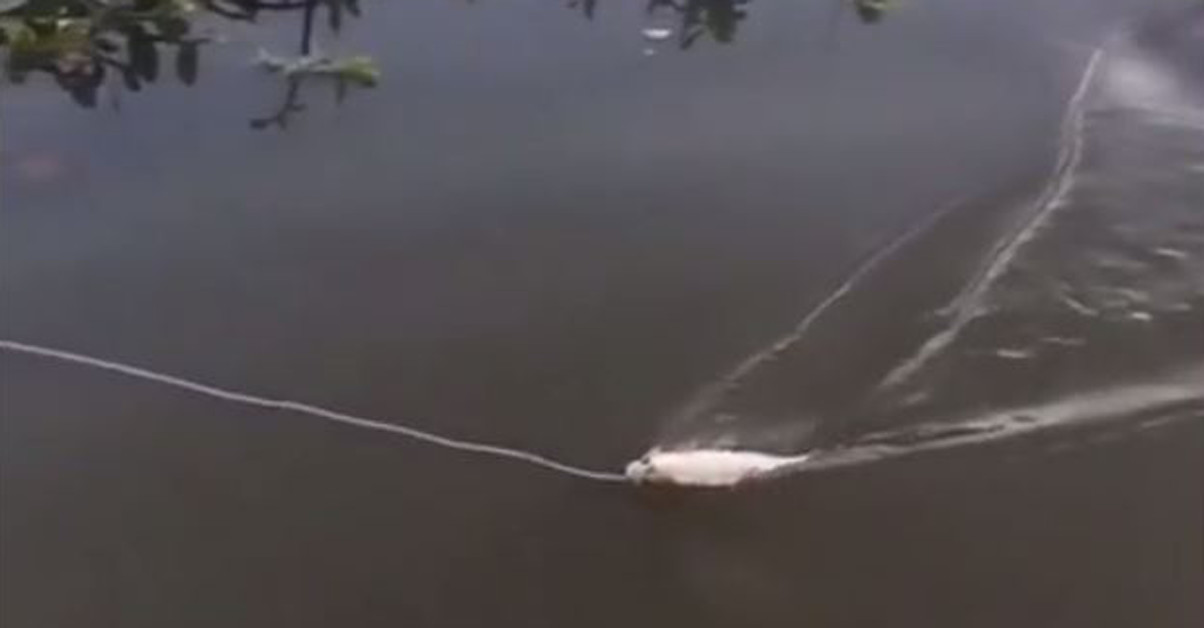