More than 100 hippos have died in a remote Namibian national park in the past week and officials are warning that anthrax could be to blame, according to the BBC. Images from the Bwabwata National Park in northeast Namibia showed what appeared to be several hippo corpses lying flat on their backs with their legs in the air.

“This is a situation that we have seen before,” Colgar Sikopo, director of parks and wildlife management at Namibia’s Ministry for the Environment and Tourism, told the New Era newspaper recently. He went to explain that outbreaks like this “mainly occurs when the level of the river is so low.”

RELATED: A hiker was killed after he stumbled upon a rattlesnake

Pohamba Shifeta, the country’s environment minister, said that the cause of death is unknown but the signs so far show that it could be anthrax, adding that the toll could be higher as crocodiles may have eaten some of the carcasses.

Anthrax is a bacterial disease commonly associated with dry climates like the African savannah, where it kills cattle and occasionally humans. In 2004, the BBC reported on a similar outbreak in Uganda that left at least 180 hippos dead, while last year more than 2,300 reindeer died after being infected with anthrax during a heatwave in Siberia. 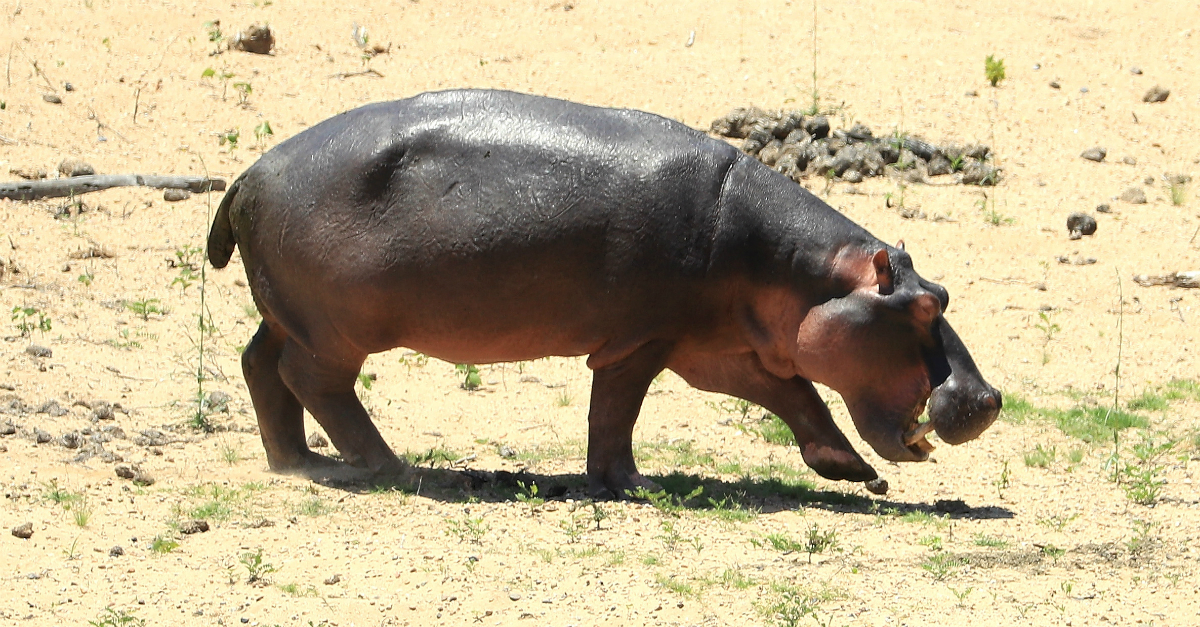