Alligators in North Carolina have been caught poking their heads through the ice-covered swamps of their habitat in the Shallotte River Swamp Park in Ocean Isle Beach, N.C.

“It’s a survival mechanism,” George Howard, the general manager of the park, told ABC News. “They’ll go wherever it is warmest.”

The animals actually entered the water during last week’s “bomb cyclone,” which thrust temperatures to record-setting lows. But all of this poking-through-the-ice is actually not unusual for alligators. They are undergoing “brumation,” which lowers their metabolism so that they can survive the harsh weather.

“It is very, very abnormal for southeastern North Carolina,” Howard said about the low temps. “It is not abnormal for the [the alligators] to do this because they know they have to breathe.”

When the photo made headlines, people took to Twitter to gawk at the odd behavior. 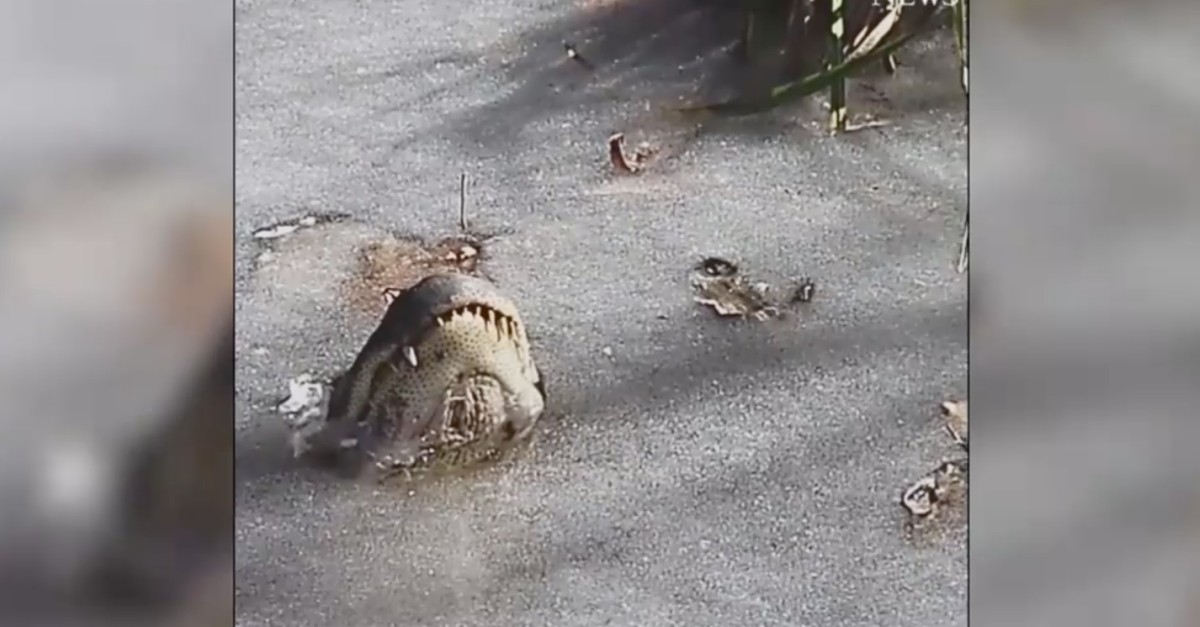