She is not your usual summertime Hamptonite.

She weighs a bit more and is approaching her expiration date. Yet Mary Lee does have an impressive social media following of almost 120,000 Twitter followers.

But there’s something quite extraordinary about Mary Lee: She’s a great white shark.

Meet @MaryLeeShark, a 4,000-pound predator and a regular visitor to the Hamptons and the Jersey Shore https://t.co/Q1XFjq7YN0

The 40- or 50-something-year-old shark has become something of popular figure for the area.

“She has become sort of a mascot,” said Andy Brosnan, the chairman of the Eastern Long Island chapter of the Surfrider Foundation. “Even before she showed up last time, people were like, ‘Has anybody seen anything about Mary Lee?’”

The shark was identified in fall 2012 by Ocearch, an organization that researches and tracks marine species. In the five years since the organization first pulled Mary Lee out of the waters near Cape Cod, in Mass., to tag her and collect blood and tissue samples, she has traveled nearly 40,000 miles.

Last month, Mary Lee was spotted near Atlantic City. The researchers do say “it is hard to say whether any person has actually encountered Mary Lee since the marine biologists dropped her back into the water in 2012.”

RELATED: Nudist beachgoers ran for the hills when a shark chomped on a man in the water

Thanks to her wayward travels and celebrity status, summer on the Hamptons is heating up in more ways than one. 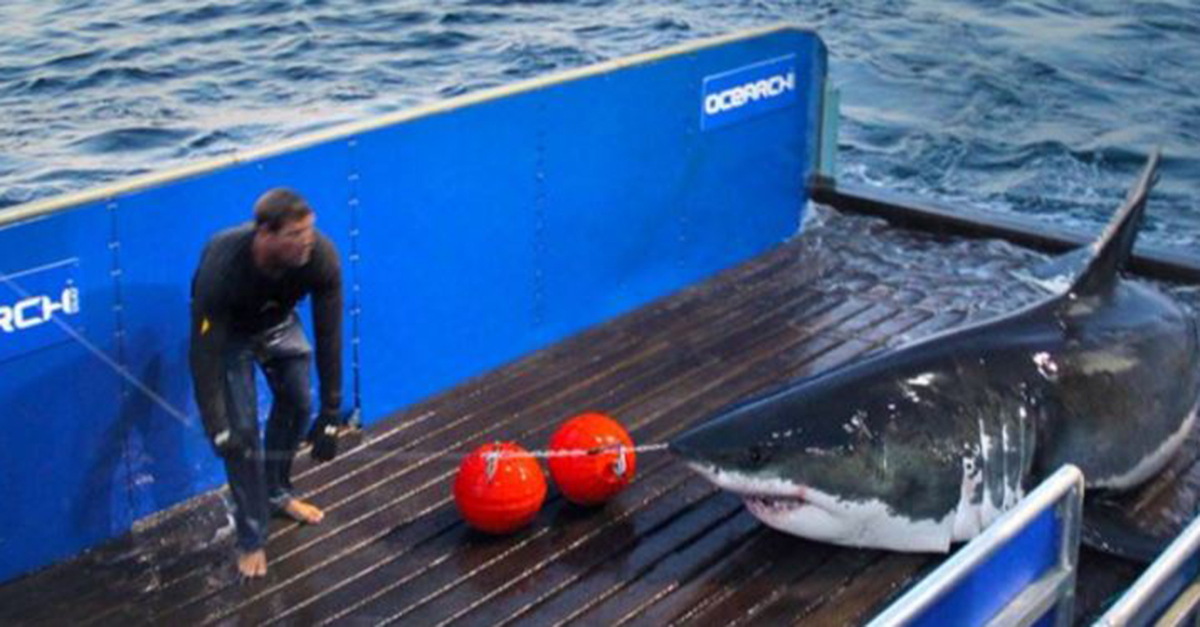