Since 2006, Jeff Jenkins and his wife, Julie, have merged their passions into Midnight Circus as a way to give back to the Chicago’s parks department, but the unconventional circus has an even more nontraditional main attraction: the Jenkins’ pit bulls Lola, Junebug and Rosie.

RELATED: An elephant ran away from the circus, and you won’t believe how she did it

Jeff was a Ringling Bros. performer for years before he ran away from the circus to pursue animal advocacy work and began rescuing pit bulls on the side.

“I saw animals and people working together sometimes in productive ways, sometimes not so productive,” he told People magazine. “After I got out of Ringling, I started to do animal welfare work, and it became glaringly obvious: pit bulls make the news for all the wrong reasons.”

“Our son made his debut at 3, our daughter, 6 weeks old,” Jenkins says. “They’ve truly grown up in the circus.” But the dogs, he adds, “are truly the big hit.” 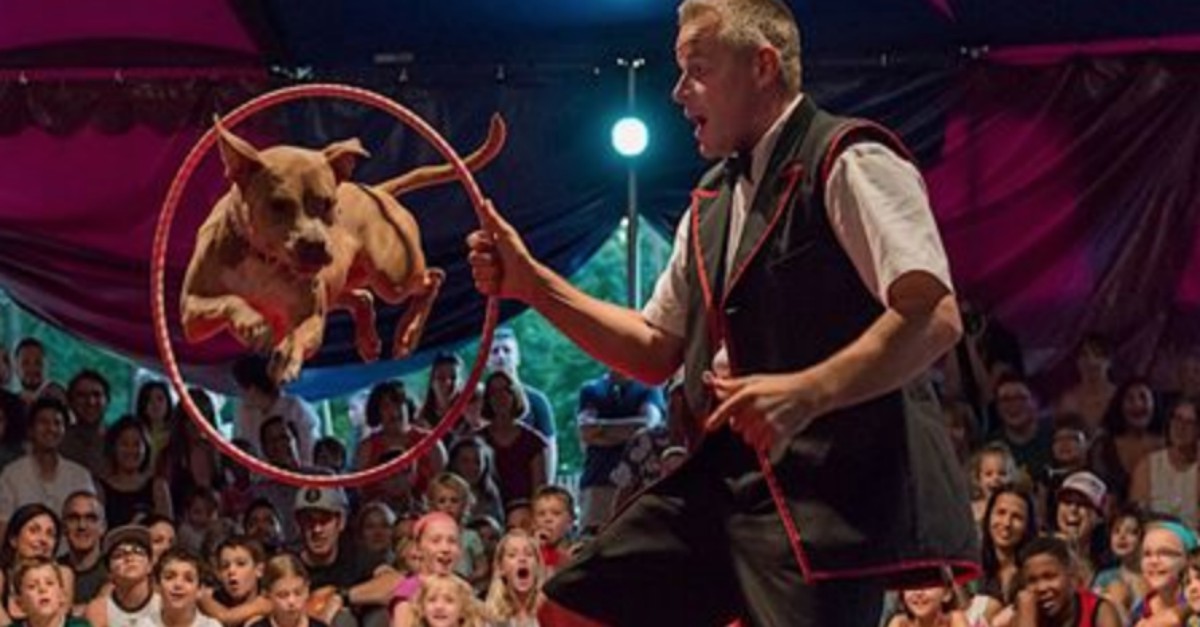