Twitter user @TheReal_JDavis captured a bizarre video of a group of turkeys walking in a circle around a dead cat in the road. Immediately, everybody on social media began suggesting that maybe, just maybe, the turkeys were casting some bizarre brand of black magic. Others proposed that perhaps the birds were actually just enjoying a metal concert.

RELATED: We can all sympathize with this bulldog who is just so close to getting his elusive ball

Thankfully, Boston Magazine called David Scarpitti (who they claim is “Massachusetts’ foremost turkey expert”) to find out just what in tarnation is going on in this clip. Scarpitti explained that turkeys don’t like cats and that when they saw one that wasn’t moving, it’s possible that “they were very curious to see what was going on.” He also said that “turkeys tend to follow a leader” and if the leader decided that they were going to parade around the roadkill, it’s possible that the birds found themselves caught in an accidental ritual.

RELATED: This chatty cat mumbles to himself while stalking birds from afar 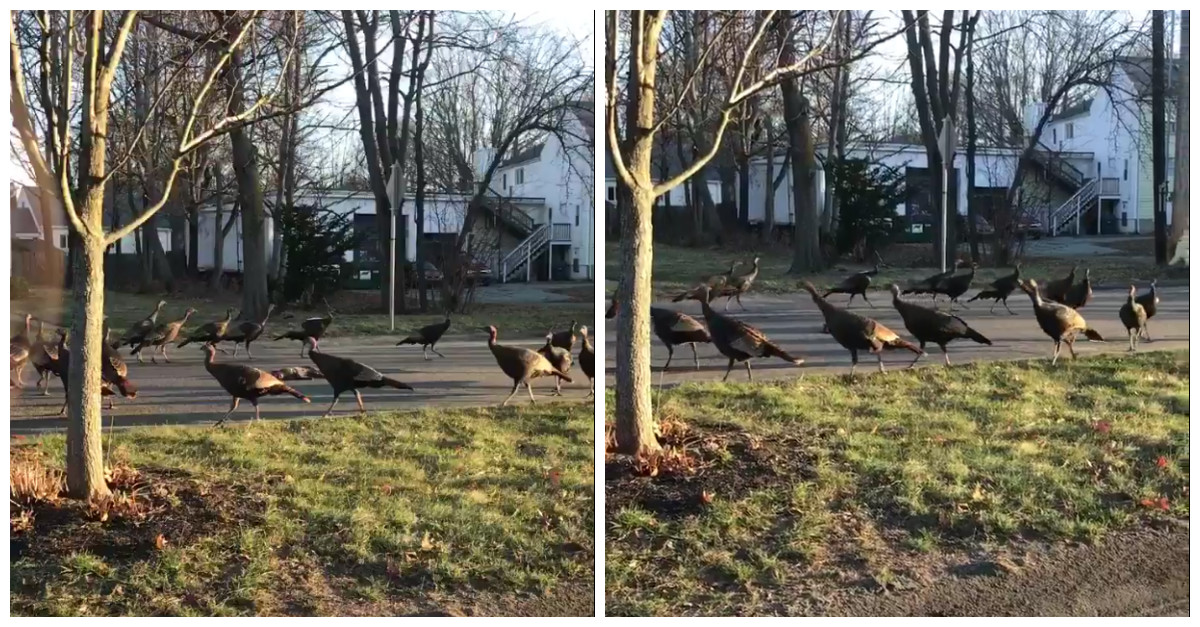