A University of Central Florida police officer is getting kudos for the way he went about detaining a snake.

RELATED: She went for a bite to eat but ended up being bitten — by a venomous snake

In this viral video, the officer is more than a little nervous about catching the reptile — especially when a woman shoos the creature toward him!

Armed with a trashcan, the cop hops around the campus building as office workers and onlookers alternately laugh and shout out obscenities.

Carl Metzger, deputy chief at the UCF Police Department, which posted the video on the its Facebook page, said the video was “humorous,” according to the Orlando Sentinel.

“We all laughed,” Metzger said. “It is obvious that this particular officer is uncomfortable with snakes. “The officer did his best and ultimately accomplished his mission.”

“It was awkward, and at times humorous,” Metzger admitted. “But they knew all they had to do was make the snake [leave the building.]”

RELATED: A car overturned in Texas unleashing 30 venomous snakes, an alligator and a turtle onto the road

In the end, the snake was captured, to the workers’ glee. 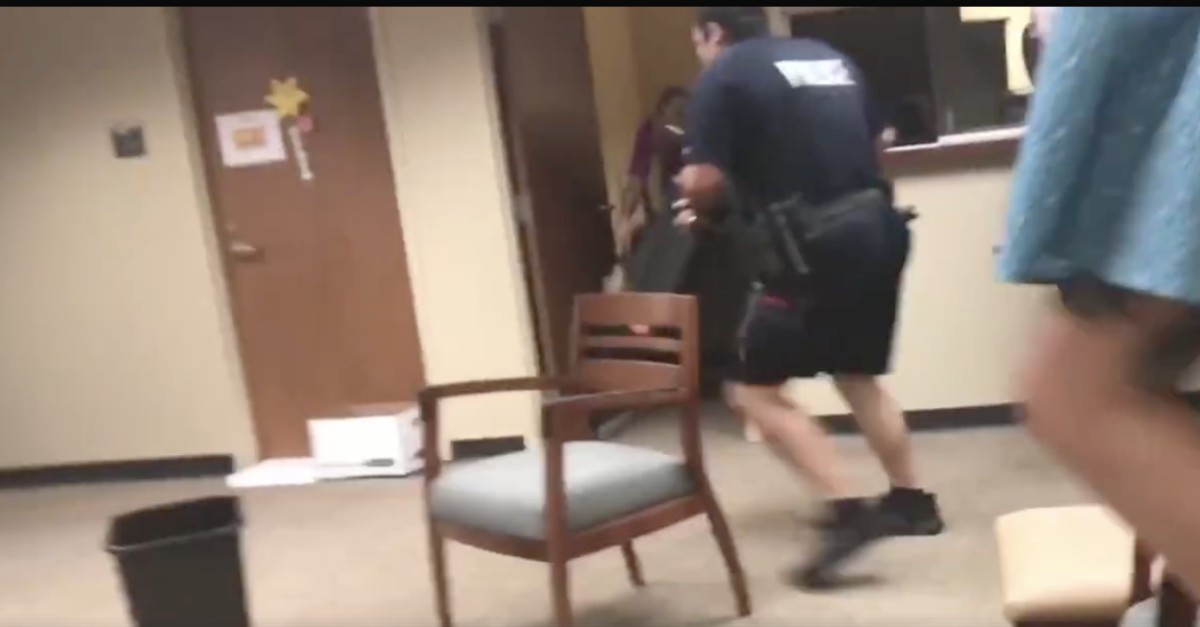