Dog owners are aware of how stressed their dogs can get from loud noises. So for this Fourth of July, a few dog owners in California turned to an unlikely solution to the problem — medical marijuana.

RELATED: Kim Zolciak-Biermann’s son Kash cuddles up to a puppy just two months after he was hospitalized after a dog attack

The owner fed their dogs special treats infused with CBD (cannabidiol) — a cannabis compound — that will alleviate a dog’s anxiety caused by fireworks.

“I don’t want him to be stressed out, especially over something as insignificant as fireworks,” Bay Area pet owner Zugeiryd Garcia-Barrera told NBC Bay Area.

The treats have gone over well for the pet owners and the animals.

“The response has been overwhelmingly that it calms them down,” said pet store owner Heidi Hill.

Hill did clarify, however, that this is not the kind of marijuana humans would use.

“The product we sell and what makes it legal is it’s from industrialized hemp,” she said. “It’s less than 3 percent THC — doesn’t get the dogs high.”

Experts did say that pet owners should “read the product packaging and follow dosing directions carefully” before giving the treats to their dogs. 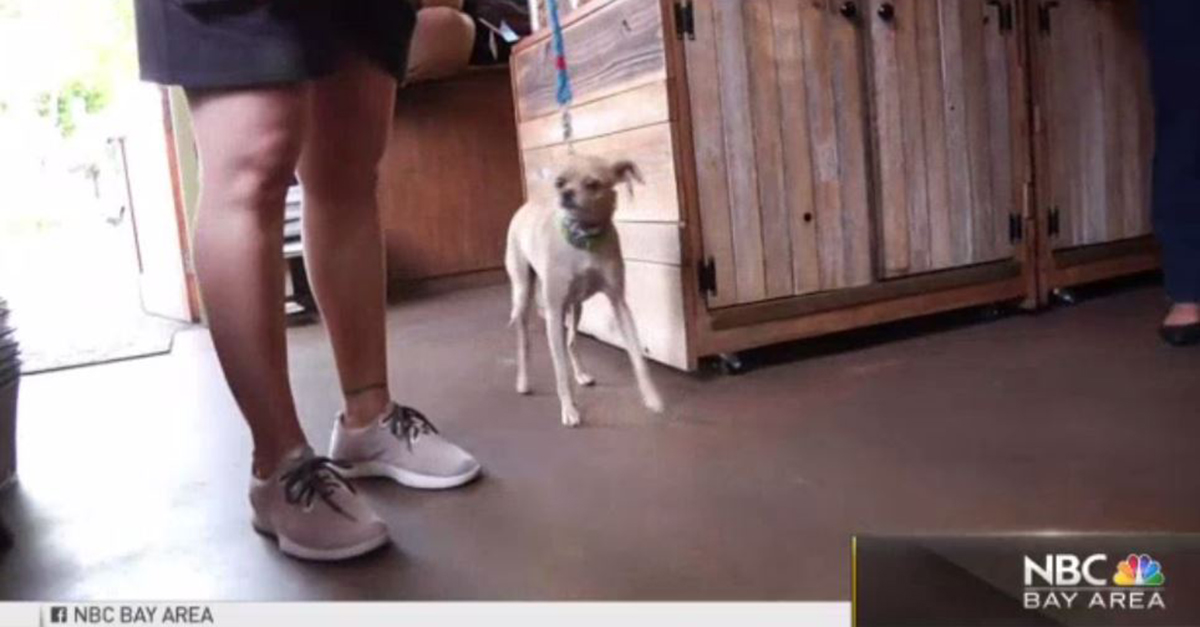