A Texas man and 14-foot hammerhead shark dueled on the beaches of South Padre Island, Texas this past weekend and what resulted were a couple unbelievable pictures, a lot of donated shark meat, and one less monster beneath the waves of the Gulf of Mexico.

In truth, hammerhead sharks don’t attack human beings, and Poco Cedillo, the Texas man who caught the shark off the coast of south Texas, did not actually want to kill the hammerhead. Rather, the point was to catch and release. But according to a Facebook post from Cedillo, despite his best efforts to release the shark, it was too exhausted from the catch to swim back out into the ocean.

While leadering it we noticed she was very tired so we quickly took pics, got a length measurement, took the hook out and did all we could to get her released. All that only took around 3-5 min while it still in plenty deep water. At the time we didn’t bother getting a girth, fork length or even tried tagging her. Our main focus was to get her released quickly. Well after 30-40 min of us holding her up into the current in 3-4’ of water we were faced with accepting the fact that she was done. We were so tired, shark rashed and disappointed that it sucked the excitement right out of us for a while.

Now for most of us that live for land based shark fishing this was something that we never wanted to go through. We then decided that since we couldn’t get her released we were going to do everything we could to save the meat so thats what we did. 5-6 of us went to work and Im happy to say that all meat was saved, cooled down and donated.

Cedillo posted a video of he and his friends trying to release the massive shark back into the ocean.

Unfortunate loss of sea monster life aside, the entire ordeal is pretty astounding. The pictures Cedillo posted of the massive hammerhead shark are incredible. 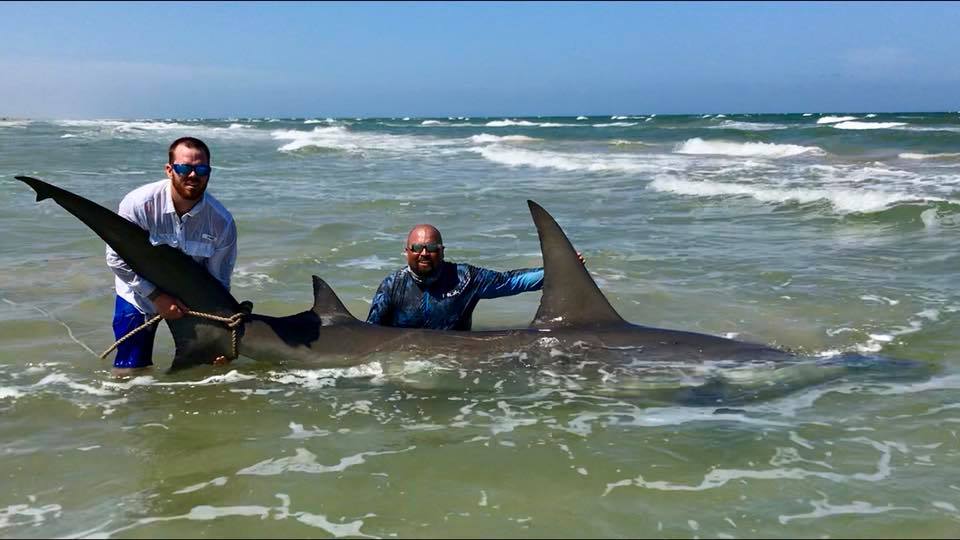 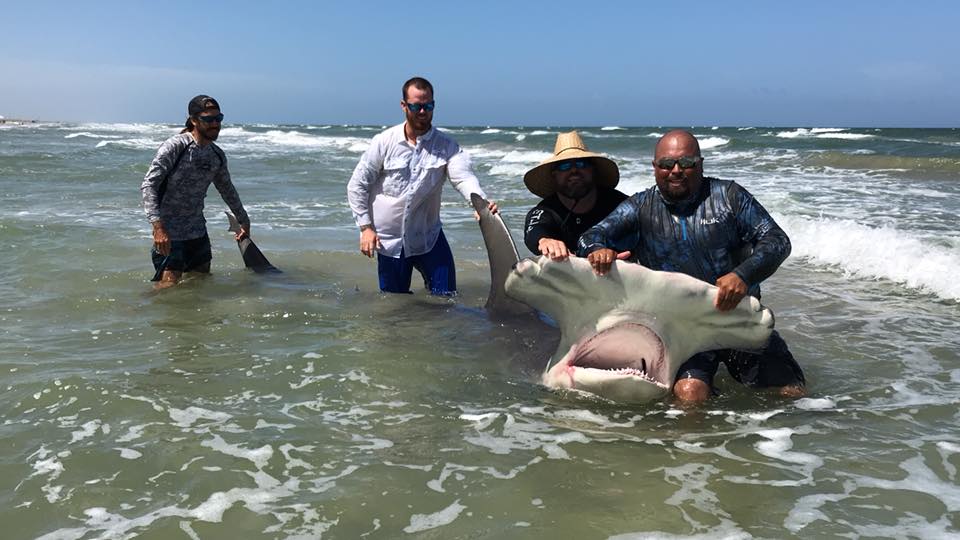 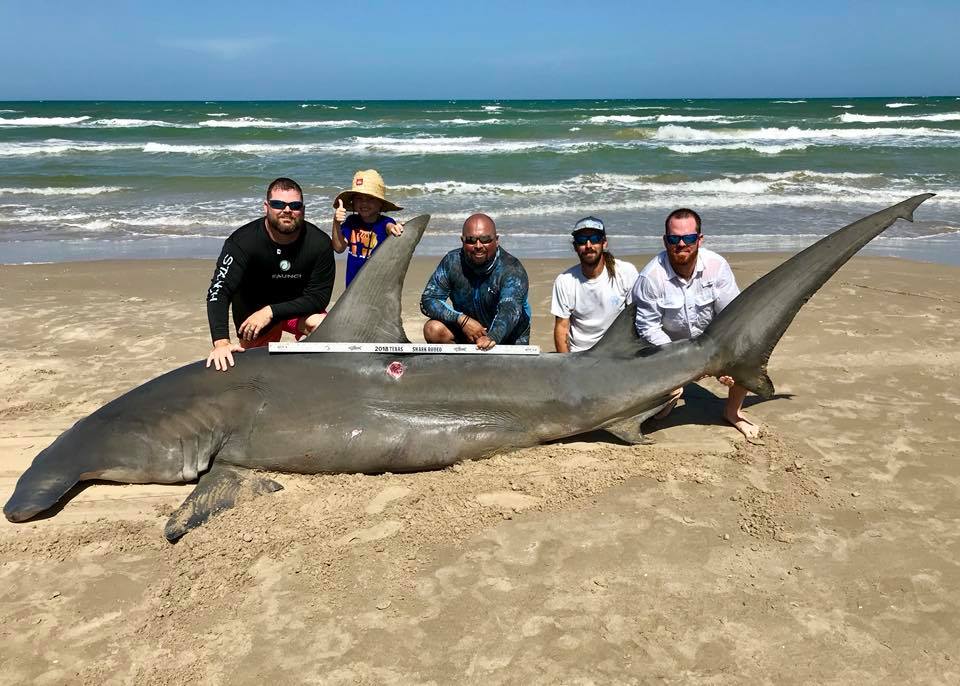 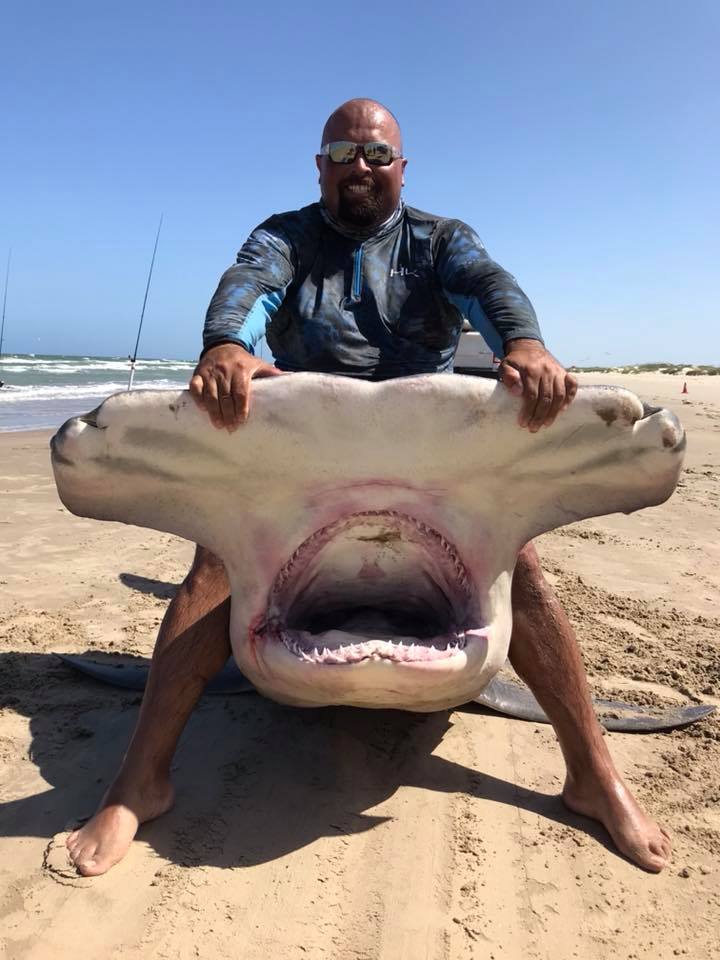 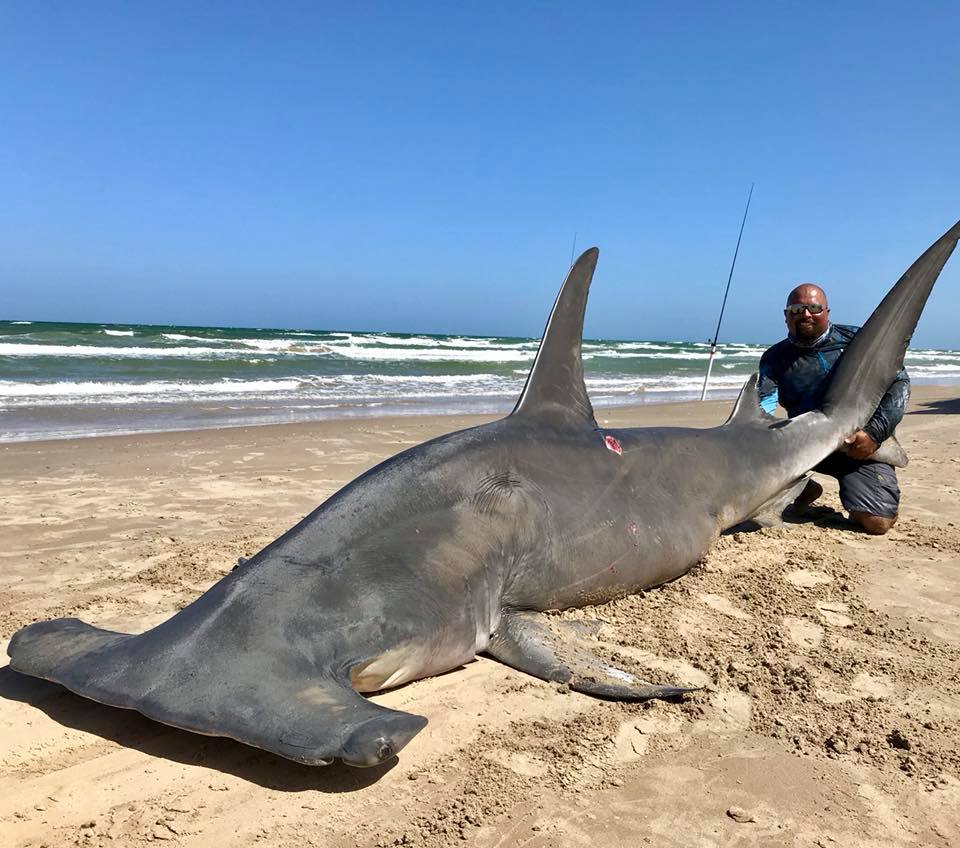 That… is a big damn shark. Even if it’s technically harmless to people, looking at it is like looking at a “harmless” spider. It’s still huge and scary and oh God get it away from me.

Congrats to Cedillo on the catch and good on him for not letting the unfortunate ending stay that way. (Though if he mounted that thing’s terrifying skull on his wall, it would be hard to blame him.)

This article was originally published on February 2, 2020.