Shaunzi the Asian elephant is 46 and was mourning the loss of her longtime companion.

RELATED: A big-name hunter was crushed to death by one of the animals he was pursuing

But lucky for her, she has something to celebrate now, as the elephant recently moved to new digs at the Los Angeles Zoo.

Born in Thailand, Shaunzi and her companion, Kara, spent her early years in a circus before settling in Fresno, California.

RELATED: Two ticked off ostriches kickboxing in the wild took off running when an elephant put on its zebra stripes and refereed

After Kara died, Shaunzi was trucked some 215 miles in a special crate from the Fresno Chaffee Zoo before making her debut late last week in the Elephants of Asia exhibit.

The Los Angeles Zoo is home to three other Asian elephants: Billy, Jewel and Tina. 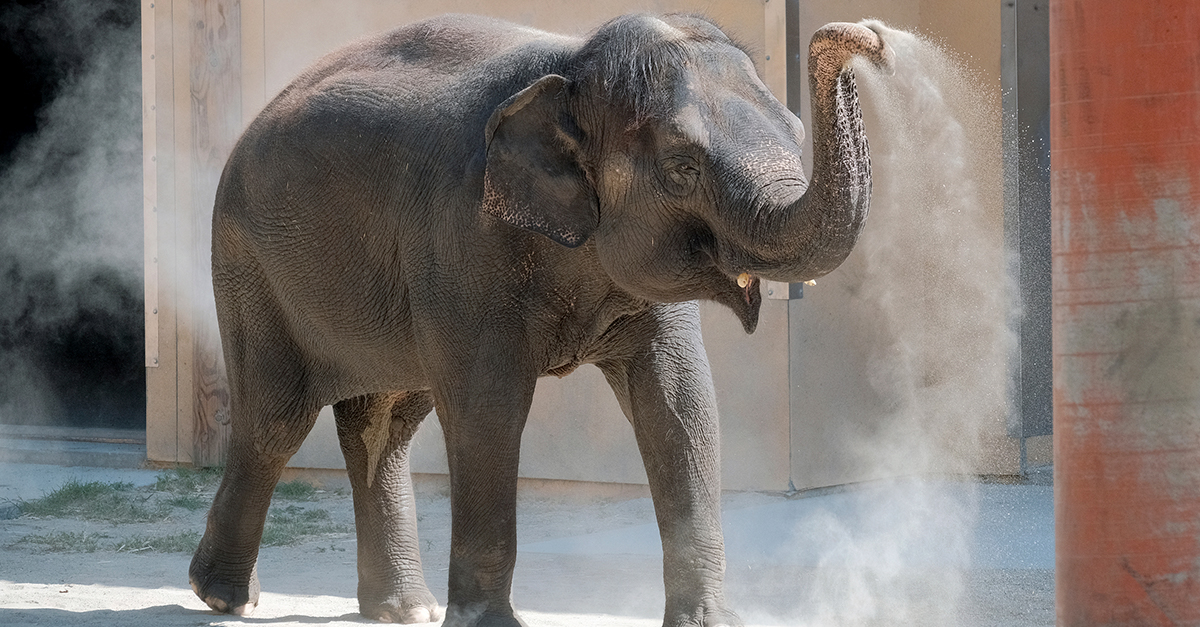