A funeral in Malaysia was visited by a white cat, who would not leave the grave now matter what.

RELATED: A cat seen swimming through the floodwaters of Harvey has taken the internet by storm

The funeral was being held for a man named Ismail Mat. Mat’s grandson, Soffuan CZ, posted a video on Facebook of the weird occurrence.

The cat was seen digging up the fresh dirt of Mat’s grave. One mourner tried to remove it from the gravesite, but the cat kept its claws firmly on the ground.

While Mat’s relatives were perplexed enough to shoot the video, they do admit the recently deceased was a cat lover. However, they do say the cat was not his grandfather’s pet cat but a cat from a nearby mosque.

The video, which has been viewed almost 7 million times in the 24 hours after it was posted, even took an animal behavior expert aback.

Anita Kelsey, a London-based cat specialist, said “Cats can grieve the loss of a presence and show it in many ways, but it’s usually dogs we see exhibiting this behavior.” 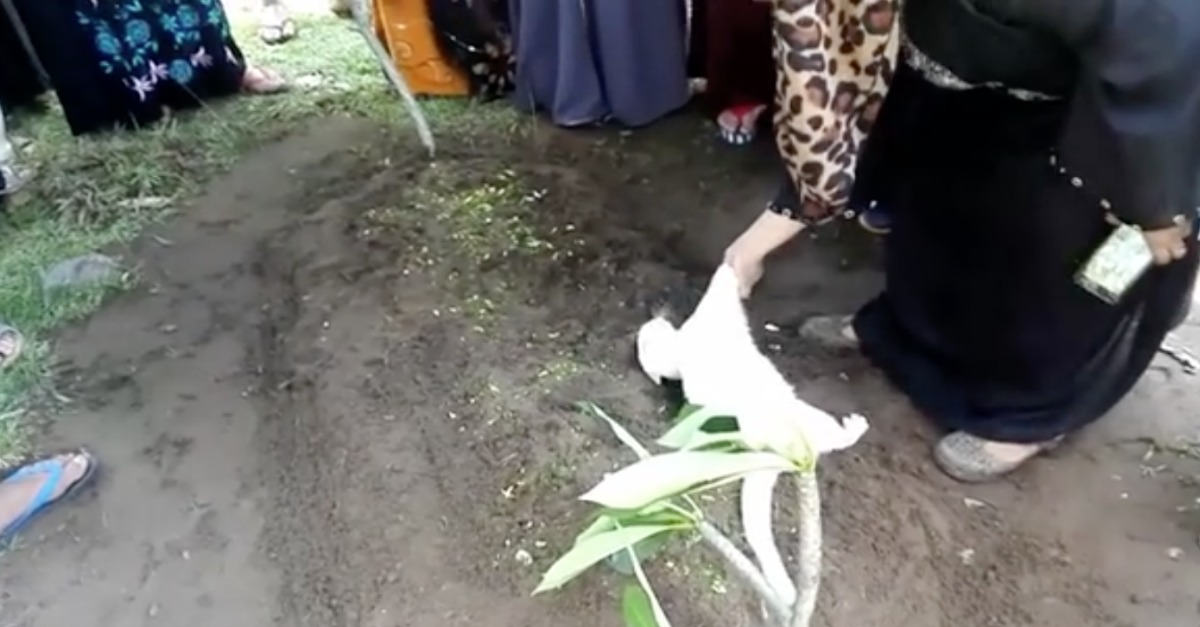