An injured bald eagle, found in the Washington, D.C. area last week, is going to make it after all, say wildlife experts who have been keeping an “eagle eye” on the bird since July 1.

RELATED: A small town has patriotic reason for asking its residents not to set off fireworks on Independence Day

The bird was found about two miles from where two other eagles, named Liberty and Justice, had nested for years in a tree near a local police academy. The eagle was having trouble breathing and appeared lethargic.

While it is rare to find bald eagles in this area of the country, wildlife officials were able to determine rather quickly that the bird was suffering from stress, after he was taken to the Humane Rescue Alliance for examination.

On Facebook, the organization wrote that the eagle is “bright and alert.”

The eagle will be transferred to a different center to make sure it is healthy enough before it is returned to its natural habitat. 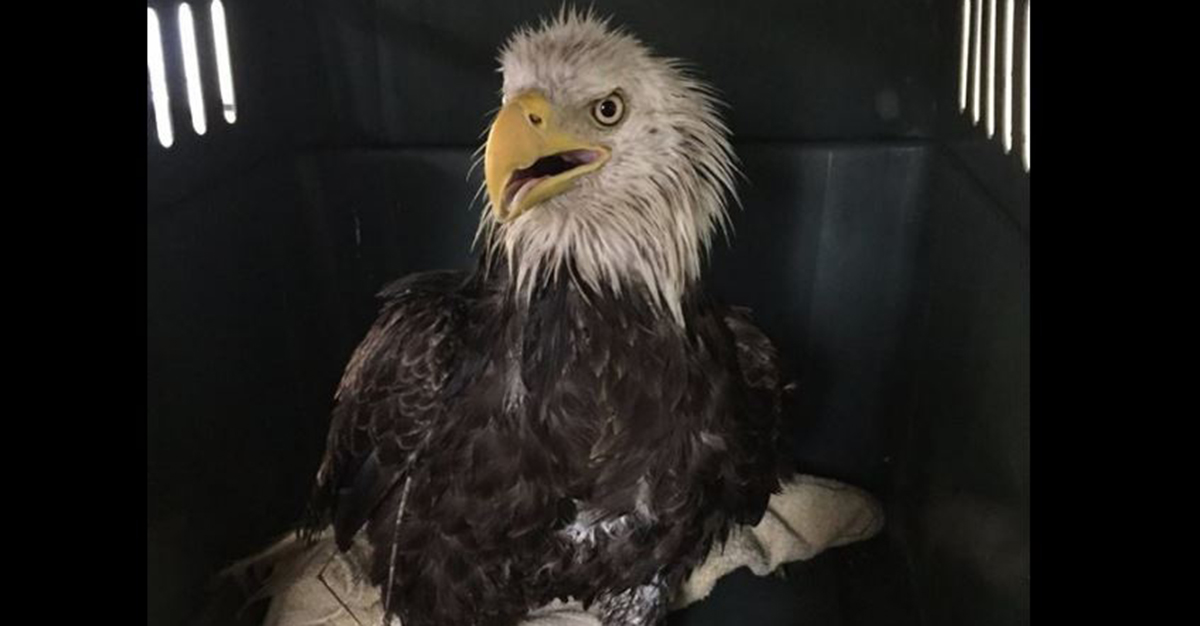