Have you ever wondered if animals experience the same emotions as humans? It’s long been argued that other mammals experience joy, grief, anger, amusement, and various other emotional states typically only attributed to humans, but it’s not an easy thing to prove.

Though this video doesn’t qualify as proof, it will surely tug at your heartstrings.

RELATED: You’d be surprised to find out that big, heavy tortoises actually love to be touched

On June 9, 2016, a team of marine researchers working in the Gulf of Corinth, Greece, stumbled across a dolphin. They assumed it would be business as usual, but as they got closer to the animal they realized it was not alone — there was a second dolphin in the water as well, only, very sadly, that companion was deceased.

Lavinia Eddy, one of the research assistants present that day, recalled that their boat carefully approached the two animals. The team quickly realized that what they were witnessing was grieving.

“It seemed like the other one was trying to move [the corpse] in a certain direction,” said one of the Texas A&M students chronicling the event. “It was fascinating to see how the dolphin swam in a circle around [the dead body], pushing it up, even pushing itself on the top of the dead dolphin.” The living creature looked like it was attempting to flip the corpse over, perhaps in the hope that getting some air would revive its companion.

Maddalena Bearzi writes for National Geographic, “Epimeletic behavior, which involves giving of care or attention to another individual, is not new in the animal world and has been observed in several free-ranging species such as cetaceans, seals, manatees, elephants and giraffes.”

Humans may be smarter than most animals, but we are most definitely not the only beings who experience a vast array of feelings. 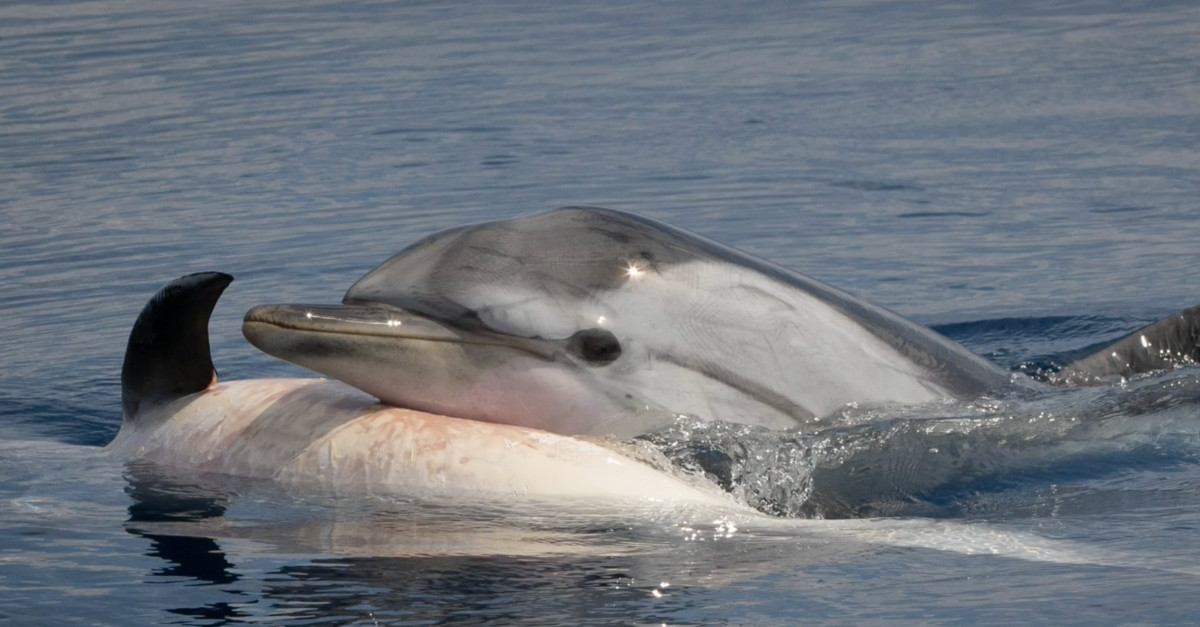