A porch swing proves to be too much excitement for this poor little goat named Ricky.

The video — shot by the goat’s owner, David Taneyhill, according to National Geographic — shows two goats frolicking together in a yard, when Ricky jumps onto the swing then stiffens his legs and passes out.

RELATED: Watch what happens when this blind baby goat slips on a duck costume

Ricky is a Myotonic goat, also known as a fainting goat. He suffers from a condition which causes his muscles to stiffen when he gets startled.

The condition doesn’t hurt him — unless he were to fall from a high distance — which is a good thing, because it certainly is entertaining to watch. 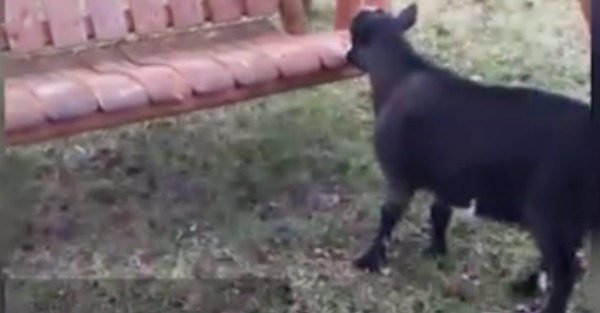