Is there anything cuter than a baby panda?

This little one has got enough adorableness to go around, but she’s not the least bit interested in flaunting it.

RELATED: This panda cub describes us all on Monday mornings

She doesn’t care about showing off for the audience or posing for the cameras. It’s the cameraman she’s interested in.

The fuzzy cub follows the photographer around and climbs on his leg, wrapping all her limbs around it and not letting go. He manages to pry her loose a couple of times, but she just runs right back to him.

RELATED: Panda strikes a series of poses while playing on its favorite swing

She’s not even interested in the other panda in the video. All she wants is some alone time with the object of her affection, although it isn’t clear if that would be the cameraman or just his leg. 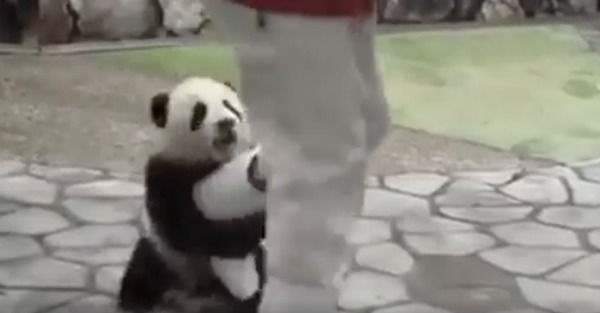