Warmer weather tends to bring out the snakes, and New Orleans authorities warned the public after one such discovery.

RELATED: Watch as this woman picks up a rattlesnake thinking it is her dog’s toy

A 6-foot-long canebreak rattlesnake was uncovered underneath the deck of a home.

According to a now-unavailable Facebook post, it is “by far” the largest venomous snake the team has encountered near the city.

RELATED: Florida man who was drinking thought it was a good idea to kiss a rattlesnake

The snake had 13 rattles on it, which means it was a mature animal. Authorities euthanized the snake after it was removed. 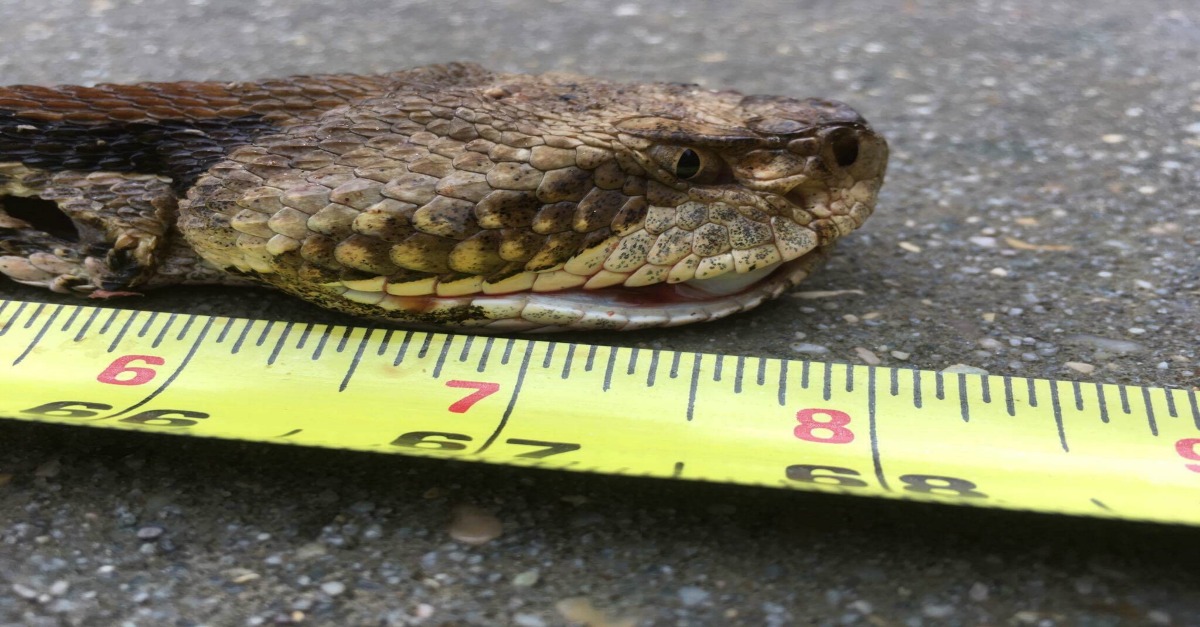