Few comedians are riding higher than Joe Rogan. After decades of busting his tail as a stand-up comic, a sitcom actor and a UFC commentator, the 55-year-old is arguably at the prime of his career.

Rogan can thank his podcast for the massive boost in popularity he began enjoying in late 2009. It was then that he launched The Joe Rogan Experience, which draws so many millions of views per episode that it often tops the podcast charts.

Since then, the podcast has skyrocketed in popularity, downloaded nearly 200 million times per month by listeners from around the world. Over the years, the podcast host has interviewed an impressive roster of noteworthy guests, including Bernie Sanders, Kanye West, Anthony Bourdain, Lance Armstrong, and Elon Musk. The podcast has blossomed into one of the most popular podcasts of all time. Earlier this year, Joe signed a licensing deal worth more than $100 million with Spotify.

But Joe Rogan has another late-career development to thank for his belated but nonetheless meteoric rise.

In February 2007, Joe Rogan made the unprecedented move of jumping onstage while one of his stand-up comedy peers performed. The target of Rogan’s vitriol was Carlos Mencia, who himself had become one of the most popular comics in the country.

Rogan chose that moment in Mencia’s career to demand that he acknowledge long-running accusations that he plagiarized material from other comedians.

Years later, Rogan continues to regularly revisit the incident along with his rotating cast of guest stars:

Will Smith’s slap seen and heard across the world was more violent than Joe Rogan’s actions, but both incidents will be regarded as among the most bizarre occurrences to happen during live entertainment in modern times.

(Last but not least, we have a bit of trivia for those who don’t keep tabs on Rogan. Wouldn’t you believe it, he’s the cousin of My Chemical Romance emo-rockers Gerard and Mikey Way.) 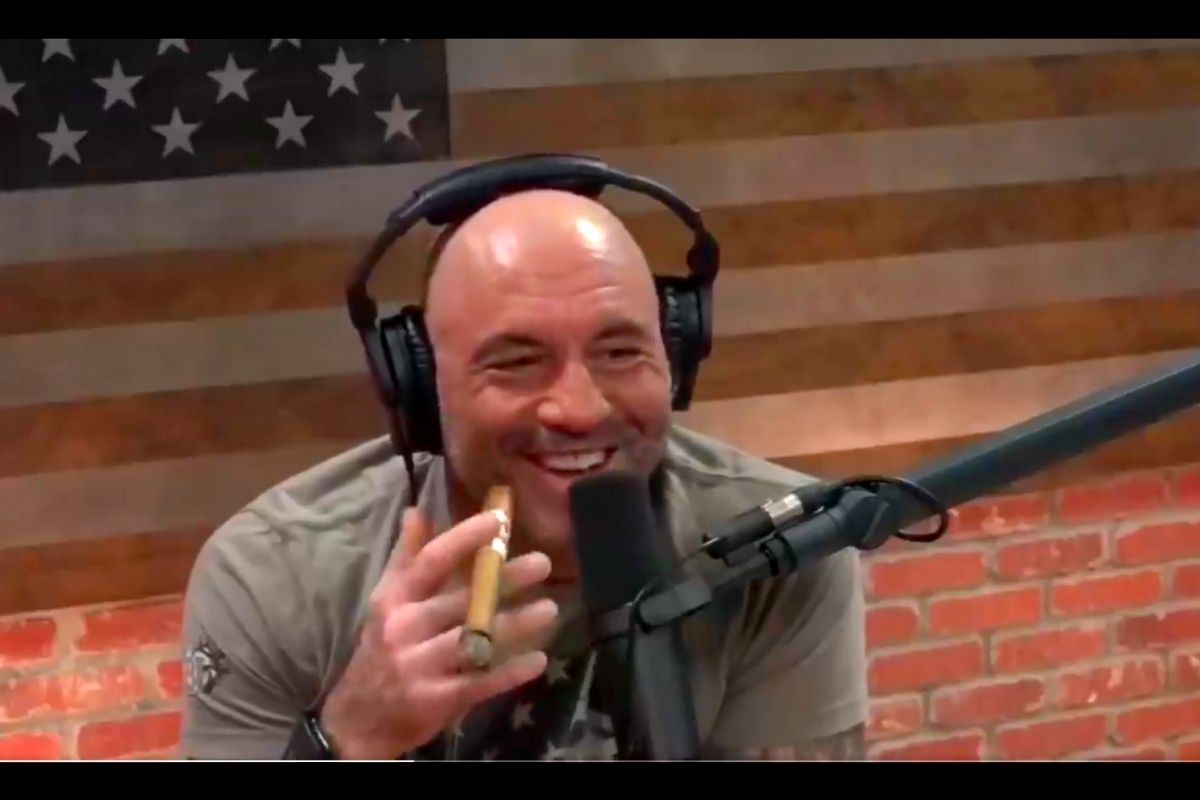