As anyone familiar with comedy knows, it has a tragic side. That’s why they made those masks.

One of the most vivid examples of those two forces crashing together came in the form of a terrifying incident involving one of the best — if not the best — stand-up comic of all time: Richard Pryor.

Richard Pryor Sets Himself on Fire

Given the serious nature of the subject matter and the fact that Pryor had an unparalleled sense of humor, we’ll spare you any puns about his career heating up or him lighting up the stage.

But, needless to say, in 1980, Richard Pryor was on top of the world. In fact, he was on a level of historic proportions.

That year, he became the first black actor to earn $1 million for one movie — Stir Crazy — according to The New York Times. Having started professionally in 1963 as a 23-year-old comic from Peoria, Illinois, Pryor never would have imagined reaching such heights.

Seventeen years of grinding it out on the comedy club circuit, releasing a slew of comedy albums and movies, and his development of a new observational style of comedy finally paid off.

And yet, Richard Pryor almost lost everything at the same time. During the production of Stir Crazy, Pryor was freebasing cocaine. And during one of those sessions — on June 9, 1980 — he poured rum all over himself and lit his body on fire.

Pryor later denied it was a suicide attempt. Regardless, he nearly died — that alone made the situation one of the most noteworthy events in entertainment writ large in the 20th century.

Pryor made an emotional return to The Tonight Show Starring Johnny Carson on September 5, 1980. He drew laughs and tears from the host, the audience — and even himself.

Carson started the 15-minute segment with a long pause, to collect himself. He then made some introductory comments before Pryor came out to do the interview.

The host said: “The next gentleman, you all know. … First of all, we’re all extremely glad he’s here tonight. He is an extremely talented man. … One thing you can say about Richard Pryor: He is a survivor. When he is on, I don’t think there’s anyone funnier or more inventive than Richard Pryor. And we’re just delighted he is here tonight.”

Pryor then came out, and Carson gave him a big hug. But Pryor drew an even bigger response from the crowd. They clapped for almost a full minute — an eternity on live TV —  as the comedian, wearing large eyeglasses and a hat, humbly looked as he wept.

Pryor’s comedic genius then went on full display as he said, “Thank you, good night!” He then got up from the chair and pretended to head offstage, as if the long applause was the entire segment.

“Welcome back to the world, my friend,” Carson said.

Pryor continued to diffuse any tension in the room with another quick-witted bit. When Carson touched his hand as a sign of welcome, Pryor suddenly and emphatically pulled away — as if to suggest that he felt pain from burn scars.

Everyone at the taping erupted in laughter again, in a picture-perfect display of gallows humor. In reality, severe burns covered more than half of Pryor’s body, according to People.

Pryor kept dishing up the jokes, saying he ran to the hospital so fast after getting burned that he won Olympic medals.

Pryor said he was in the hospital for five weeks before he had any painkillers.

“Then I had them shoot me up for six more weeks,” he quipped.

Pryor repeated many times how happy he was to be on the show. The two engaged in some small talk about boxing, but about halfway through the interview, Carson brought it back around to the elephant in the room.

“I don’t want to be a downer, [but] was there a time when you were going through all this that you almost wanted to say, ‘Oh, to hell with it’?”

“Never,” Richard Pryor immediately replied. “When real death be hanging around your bed, you don’t want to say never.”

Pryor added: “Nothing hurt me until the last week, man. They did a graft and took some skin off my leg, and that’s the only pain God let me feel.”

Pryor After the Fire Incident

Pryor said he had received thousands of letters of support and that he would mail replies to all of them.

Carson noted that the tabloids said Pryor went back on drugs after the near-death experience. Pryor explained how upset that made him and how frustrated he was, not being able to erase those false claims.

Pryor later added: “I had to find something in myself to make me live. And all I thought about myself was ‘get well.’”

He revisited the horrific incident as well as his battles with drug addiction in his stand-up special Richard Pryor: Live on the Sunset Strip. It came out in March 1982 and is considered one of the best comedy recordings of all time. 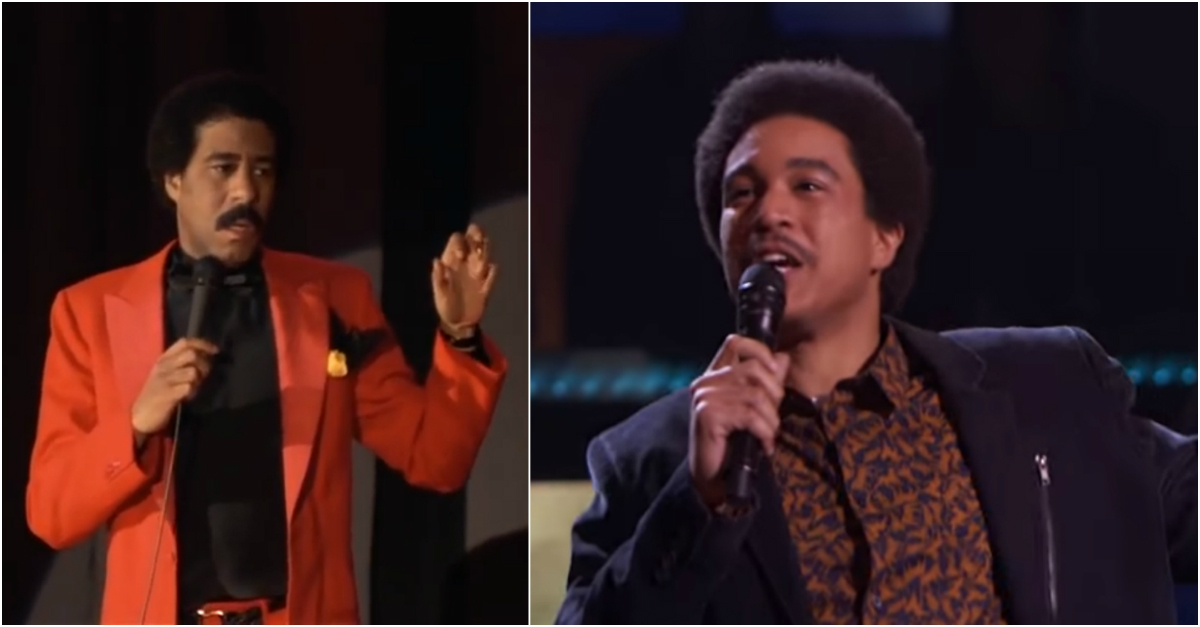