Beloved Ghostbusters and Honey, I Shrunk the Kids actor Rick Moranis was the victim of a random, violent attack on the streets of New York City‘s Upper West Side near Central Park. An unknown man walked up to the Canadian actor on the sidewalk and randomly punched him in the head.

The NYPD have released footage of the breaking news, which shows an unidentified man sucker-punching the Little Shop of Horrors actor and Moranis falling to the ground.

Fortunately, Moranis appears to be mostly okay. The 67-year-old former Hollywood mainstay who largely quit acting to raise his children after the death of his wife from breast cancer went to the hospital to be treated for pain in his head, back, and hip. After checking out of the hospital Moranis then went to the NYPD 20th Precinct to report the attack.

“He is fine but grateful for everyone’s thoughts and well wishes,” Moranis’ representative told The Hollywood Reporter.

The NYPD took to social media to ask for tips from the public on who may have possibly attacked the former SCTV star on the streets of NYC.

WANTED for ASSAULT October 1, 2020 at 7:24 AM, on Central Park West in the vicinity of West 70th Street Manhattan. @NYPD20PCT.Reward up to $2500Seen him? Know who he is?Call 1-800-577-TIPS orDM us!Calls are CONFIDENTIAL! @YourCityYourCall @NYPDDetectives @nypdchiefofpatrol

Moranis, a Toronto, Canada native who started his career appearing opposite Dave Thomas on the sketch comedy show SCTV and in Strange Brew as the brothers Bob and Doug McKenzie is best known for his roles on the big screen in Ghostbusters and Ghostbusters II as the hapless but lovable Louis Tully, Spaceballs as the Darth Vader spoof Dark Helmet, The Flintstones live-action adaptation as Barney Rubble, the Disney cartoon Brother Bear, and as inventor Wayne Szalinski in Honey, I Shrunk the Kids and Honey, We Shrunk Ourselves.

Moranis has also twice been nominated for a Grammy award for the comedy albums The Agoraphobic Cowboy and Great White North (Album).

Watch: Dana Carvey Busted Out the Church Lady to Shut Up a Heckler 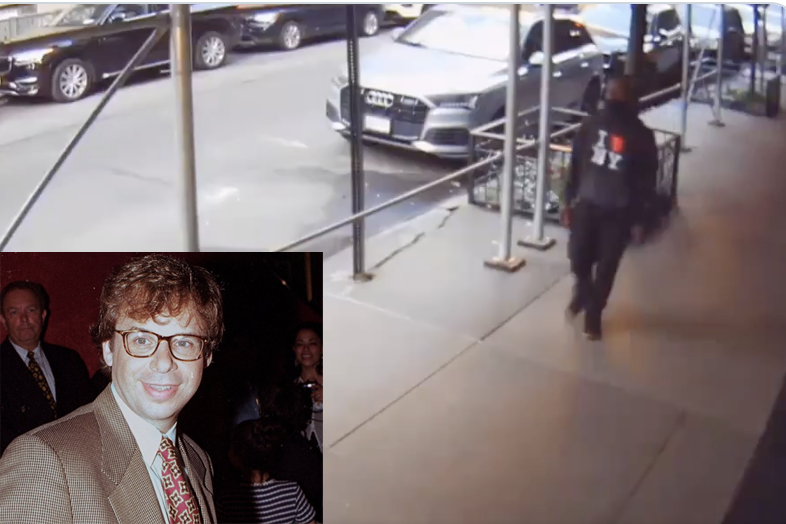