Not many marriages start the way Steve Harvey and his wife Marjorie’s did. Steve made a bold declaration to a room full of strangers, about a woman who was, at that time a stranger to him. But he knew she was the one for him and they’ve been celebrating their love for over a decade!

Steve Harvey and his wife Marjorie met in the early ’90s. After trying many career paths, Steve Harvey was getting into the swing of stand up comedy. One night, at one of his shows in Memphis, Tennessee, Marjorie came to watch his set. However, she was late…and her seat was in the front row. When she walked in things got quiet on stage. She just knew that the comedian was going to roast her for being late. Instead, he was just staring at her. All he said to the crowd was, “I’m sorry, I don’t know who this is, but I’m going to marry her.”

The couple didn’t marry or even date for many years. Steve Harvey was already in a marriage! He was also still at the beginning of his career. But life brought them back together. In 2005 when his sitcom The Steve Harvey Show ended and his second marriage… also ended, the two started dating. After two years together, they married.

Although Steve and Marjorie Harvey seem happy together, there have been many Hollywood flavored rumors as well as a few true discontentments. In 2018 and 2019, vicious divorce rumors swirled about the couple. Tabloids claimed that Steve was getting too close to Kardashian matriarch, Kris Jenner. Later reports claimed that their finances were being liquidated due to a divorce and that Steve Harvey’s wife had taken their daughter and left him.

The couple has been together for twelve years no and they show no signs of separating. They reference each other often, highly, and call the other their best friend.

The Family Feud host and his wife were married prior to getting together. For Steve Harvey, his marriage to Marjorie is this third. This is her second. Now the two share a beautifully blended family.

From Marjorie’s first marriage there ate three children, Lori, Jason, and Morgan. Steve’s children from both marriages include Wynton, Broderick Jr., Brandi, and Karli. Togher their kids range from 22- 37 years old. Initially, the kids were unenthused about blending their families. But after many years of being together, they function as a familial unit and spend time together. Now, Marjorie and Steve had five grandkids: Benjamin, Elle, Noah, Ezra, and Rose. 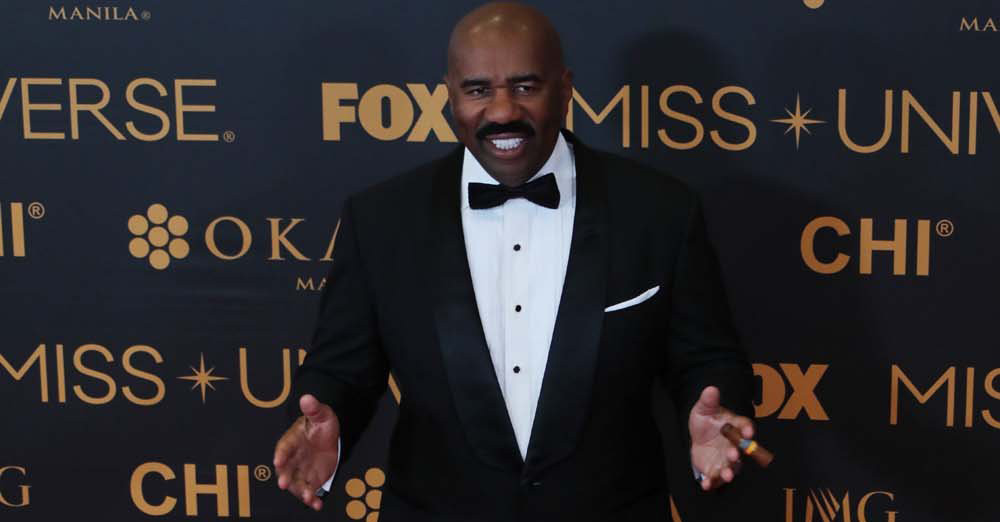