Do we hear wedding bells?

Miley Cyrus and Liam Hemsworth are reportedly gearing up to walk down the aisle, and they have picked a destination for their nuptials. US Weekly reports that Cyrus and Hemsworth plan to wed in Hemsworth’s home country of Australia. That’s right, Cyrus fans won’t be able to “Party in the U.S.A” with her.

RELATED: Liam Hemsworth finally addressed his relationship status, and we wonder if Miley knows about this

Cyrus visited Hemsworth’s family in April in Byron Bay. “They were discussing potential venues and looking around,” a source close to the couple revealed.

The couple started dating in 2009 after starring in “The Last Song” together. In 2012, they were engaged but split one year later. They started hanging out again in December 2015 and Cyrus started wearing her engagement ring again shortly after they reconciled, though they have never confirmed that they are back on.

RELATED: Something’s happening to Miley Cyrus, and we think we kind of love it

Reportedly, Cyrus isn’t planning your average wedding, not that we expected her to.

“Miley’s mentioned she’s interested in having a bunch of bouncy houses,” another insider said. “Like at a carnival!” 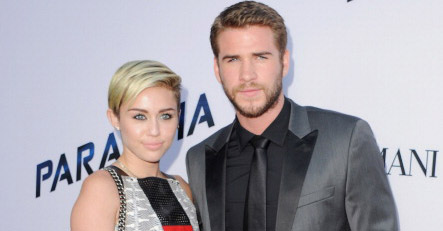