Full House originally aired for an impressive eight seasons in the late 1980s and early 1990s.

The sitcom didn’t technically make it into the prized group of TV sitcoms that ran 10 seasons or more. But considering its sequel series lasted five more seasons, one could argue that it is one of the most popular sitcoms in recent memory.

Like other shows of its ilk, Full House had a premise that — on its face — didn’t seem terribly funny. While the extensive main cast got into often corny hijinks like any other sitcom, the premise of the show was a bit dark. But the chemistry between the actors, and the show’s writers, ensured each episode was packed with laughs.

After a drunk driver kills the wife of Danny Tanner (played masterfully by Bob Saget), he needs help raising his three young girls. Brother-in-law Jesse (John Stamos) and childhood best friend Joey (Dave Coulier) agree to move in with Danny — and the arrangement of all three men and three girls living under one roof continues.

But while the plot similarities are pretty close to Family Ties, Family Matters, and The Brady Bunch, what transpired to the Full House actors turned out to be even more intriguing than the show itself.

Let’s see what became of Full House’s main cast following the end of its original run on ABC on May 23, 1995.

Like the plot of Full House itself, a discussion of the show’s cast starts on a tragic note.

The loving and beloved father of the Tanner children, Danny Tanner was played by Bob Saget. Saget, a comedian, producer, and writer as well as an actor, was nominated for a Grammy for his standup special, That’s What I’m Talking About. The actor is also the narrator on the TV show How I Met Your Mother. He also wrote a best-selling memoir, “Dirty Daddy: The Chronicles of a Family Man Turned Filthy Comedian.”

But two other details stand out the most when reevaluating Bob Saget. First off, he had a filthy mouth that shocked just about everyone — even though Saget established and sharpened his profane persona in comedy clubs for decades. Saget was one of the stand-outs in the Aristocrats documentary — which features various comedians retelling a legendary bit once only discussed behind the screen.

Most importantly — and most sadly — Bob Saget died suddenly in a hotel room on January 9 of this year while on tour. The number of comedians devastated by his death at age 65, and those who paid tribute to him, are too many to count.

John Stamos ranks among a select group of sitcom stars who achieved a tremendous amount of fame after their long-running TV sitcom concluded. Stamos was (and still is) so beloved that the Full House credits sometimes listed him above Saget.

Beyond that, John Stamos occasionally performed with the Beach Boys late in their career. In the group’s biggest hit after the Brian Wilson era, Stamos played percussion and starred in the video.

Stamos also owes his time in the limelight to his seven-year marriage with model/actress Rebecca Romijn. He fathered a child with model and future wife, Caitlin McHugh — 22 years younger than him — in April 2018.

Much like his character, Dave Coulier is a comedian at heart. The standup comedian performs at comedy clubs around the country. His CV also includes TV shows like Robot Chicken and How I Met Your Mother. In addition to starring in Fuller House, Coulier directed several episodes.

Also notable is that Dave Coulier was the target of Alanis Morissette’s biggest hit song, “You Oughta Know.” Coulier has addressed the song many times in recent years.

Uncle Jesse’s lovely other half, Aunt Becky was played by Lori Loughlin. The actress starred in the TV series Summerland and the popular 90210. Like many of her fellow Full House cast members, Loughlin reprised her original role as Aunt Becky for Fuller House. The actress was sent to jail in October 2020 after paying $500,000 to help her two daughters get into college. Her husband was also sentenced for his role in the college admissions cheating scandal. Lori Loughlin walked out of prison in December 2021 after serving two months for the widely publicized college admissions scandal. It appears she might be about to walk away from the Hallmark Channel.

The Olsen twins both alternated playing Michelle Tanner, the family’s youngest. Once Full House finished, they created a number of movies and TV shows, including Two Of a Kind and New York Minute. Now, the twins have largely left the industry to pursue fashion design. (Meanwhile, their younger sister, Elizabeth Olsen, continues to crush it as part of the Marvel Cinematic Universe.)

The actress behind the cheerful, chatty Stephanie Tanner, Sweetin continued on to play a dramatized version of herself on the comedy series Hollywood Darlings. She also published a book called unSweetened: A Memoir, chronicling her battle with alcohol and drug abuse following Full House. She also discussed the subject at length with another recovering addict, Jackass star Steve-O, on his podcast, Wild Ride!

After a long break from entertainment, Andrew Barber reprised her role as D.J.’s loveably annoying best friend Kimmy for Fuller House. The series was released on Netflix in February 2016 and ended in June 2020, after five seasons. In 2002, Barber went on to marry Jeremy Rytky, but unfortunately divorced in 2014. The former couple has two children together.

DJ’s hungry boyfriend Steve Hale was played by actor Scott Weinger. We saw Weigner again on Fuller House when Steve tries to win back DJ. The actor, writer, and producer is best known as the voice of Aladdin in the character’s Dinsey titular animated film. He also wrote and produced for TV Sitcoms Black-ish and Galavant. He went on to co-executive produce ABC’s The Muppets. 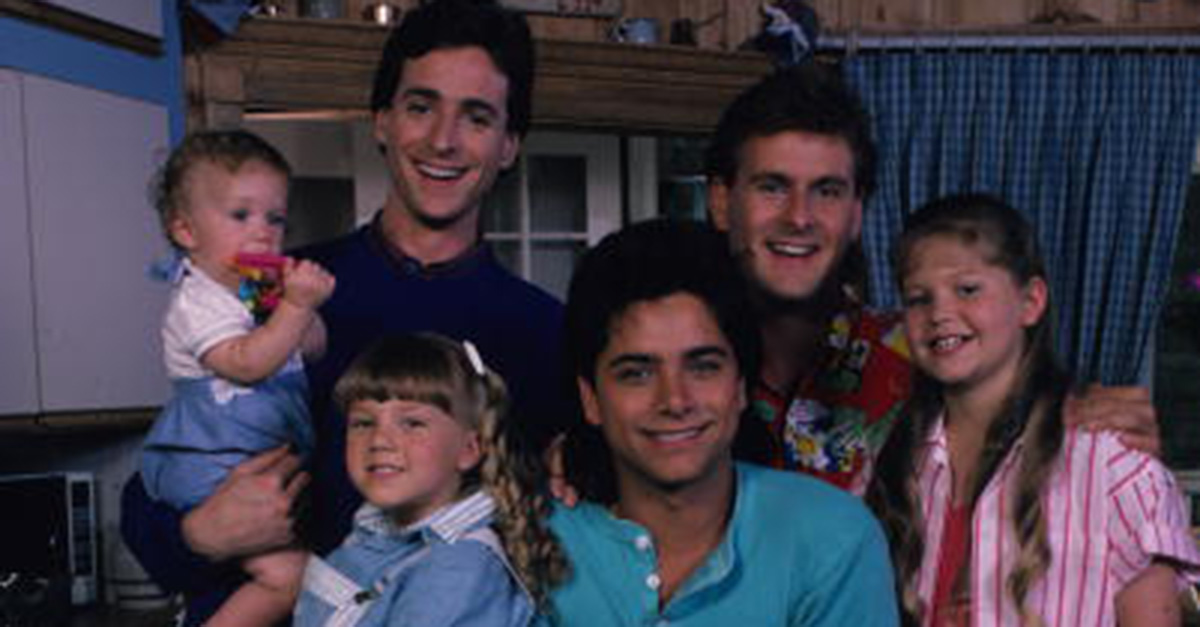