Menu
Follow us
Search
Menu
Search
Actor Hugh Jackman greets to the media upon his arrival for a press conference for his new movie "Eddie The Eagle" in Seoul, South Korea, Monday, March 7, 2016. The movie is to be released in South Korea on April 7. (AP Photo/Lee Jin-man)

It might seem odd that a distinguished Australian actor who has armfuls of awards and was appointed a Companion of the Order of Australia is best known for playing a superhero with mutton chops and blades coming out of his hands. But hey, that’s Hugh Jackman for ya.

In fact, the actor takes great pride in inhabiting the Marvel Comics role, which he plans to do once again in Deadpool 3 in 2024.

But with that movie off in the far distance, let’s look at Jackman’s affiliation with Wolverine and his decision to make one of the greatest sacrifices an actor can for a role: a pay cut.

Marvel movies weren’t always the respected mainstream fare that they are today. Back in 2000, for example a few movies based on the comic books cropped up here and there.

Tobey Maguire’s Spider-Man and Eric Bana’s Incredible Hulk were years away from hitting the big screen. (Mark Ruffalo’s Hulk came way later, with Ed Norton’s take on the character sandwiched in between.)

But then came along a movie centered around the X-Men, bearing simply the superhero team’s name as its title. Bryan Singer, whose biggest credit at that point was directing The Usual Suspects five years earlier, stood behind the camera.

However, Singer had another movie under his belt — 1998’s Apt Pupil, starring Ian McKellen — that facilitated him tapping the revered British actor to play the villain in X-Men. With other well-respected actors like Patrick Stewart, Halle Berry, Anna Paquin onboard, Hugh Jackman’s placement in the film suddenly didn’t seem so … well, out of place.

It’s wild to think that X-Men was the movie that broke Jackman in Hollywood. (And, as an extra bit of trivia, he was cast just three weeks before filming started.) Maybe that’s why the actor has done such justice to the character over the years. And took that pay cut we mentioned before …

Thanks to X-Men, which was a massive hit commercially and even critically, it opened the floodgates for superhero movies. But while seemingly every major actor jumped the bandwagon at some point in their career, it was Jackman who was there at the beginning of the resurgence — and who ended up as one of the longest-running actors in Marvel movies.

Except for Patrick Stewart, Jackman outlasted all the other actors involved in the X-Men franchise, which now includes not just sequels and prequels but reboots and spinoffs too.

Along the way, the tireless Hugh Jackman racked up two Tony Awards, an Emmy Award, an Oscar nomination, a Grammy Award, and a Golden Globe Award. (He hosted the Academy Awards to boot, in 2009.)

In 2015, Jackman confirmed rumors that Logan would be the last time he’d play Wolverine, according to ComicBook.com. Deadpool actor Ryan Reynolds spoiled the surprise last month when he revealed that Jackman would reprise his Wolverine character in two years.

But let’s get back to that topic of the voluntary pay cut, shall we?

Jackman Gets More Out of Wolverine — for Less Money

While Jackman played Wolverine in nine movies — more than any of the actors who played James Bond, by the way — Logan deserves particular attention from the rest. That’s because, unlike most superhero movies across the board, it landed an R rating.

The makers of Logan — including director James Mangold (Walk the Line, the next Indiana Jones movie) — wanted to finally do the justice to the character. The foul-mouthed, extremely violent character marked a mature development for comic books. Accordingly, Jackman’s last planned appearance as Wolverine had to be in a movie intended for mature audiences.

In December 2016, Mangold revealed that Jackman took a pay cut to ensure Logan would get an R rating, according to The Independent. Since R rated films appeal to smaller audiences than ones rated PG or PG-13, Jackman would automatically get a reduced salary for the role.

In the end, the Logan creators’ decision to include more violence and profanity might have actually worked in its favor. Technically the third installment in a Wolverine trilogy, it grossed $619.2 million, compared to the first movie’s take of $373 million and the second movie’s haul of $414.8 million.

As always, it seems like Wolverine — and, in this case, Jackman too — got the last laugh.

READ MORE: Hugh Jackman is Returning as Wolverine Thanks to Ryan Reynolds 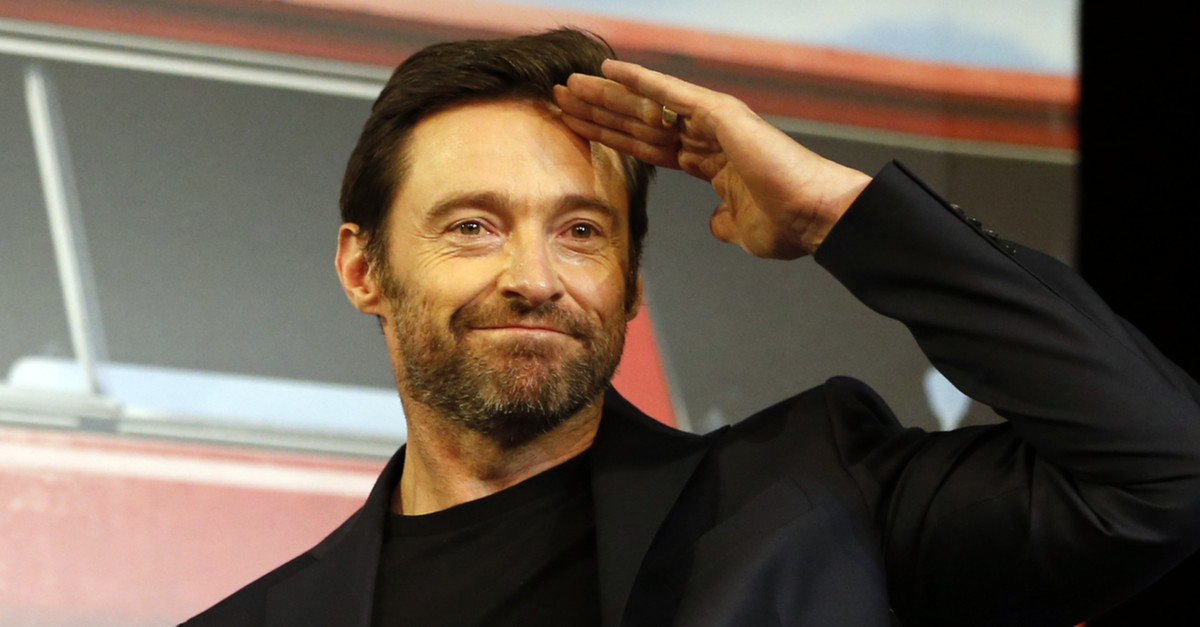