Joseph Quinn is getting mad dividends from his character’s unforgettable Metallica cover on Season 4 of Stranger Things.

Quinn, a.k.a guitar shredder Eddie Munson in Stranger Things, revealed he almost missed his talk-show debut due to the snafu.

“It’s so nice to be here, because I very nearly didn’t make it,” Quinn said. “

“Ever been secondary? Anyone?” he asked Fallon and the Tonight Show crowd. No one seemed to reply with a yes. “It’s not so fun.”

“I was taken to … well, it was more of a dungeon,” he continued. “And I was asked to wait there for about 20 minutes. Then I was summoned to this desk, where someone asked me, ‘What are you doing in the United States, sir?’ I said, ‘Well, I’m actually here to meet Jimmy Fallon on the Tonight Show. And he didn’t believe me.”

Fortunately for Quinn, another immigration office did recognize him.

“One of his colleagues looked over at me, looked to him, and said, ‘Leave Eddie alone.’”

At that point, the officer who initially asked Quinn about his U.S. visit recognized him as the Eddie Munson character.

Eddie Munson, with his gnarly cover of Metallica’s “Master of Puppets,” stole the spotlight at the end of Season 4 of Stranger Things. He played an on-the-nose, one-man rendition of the song. 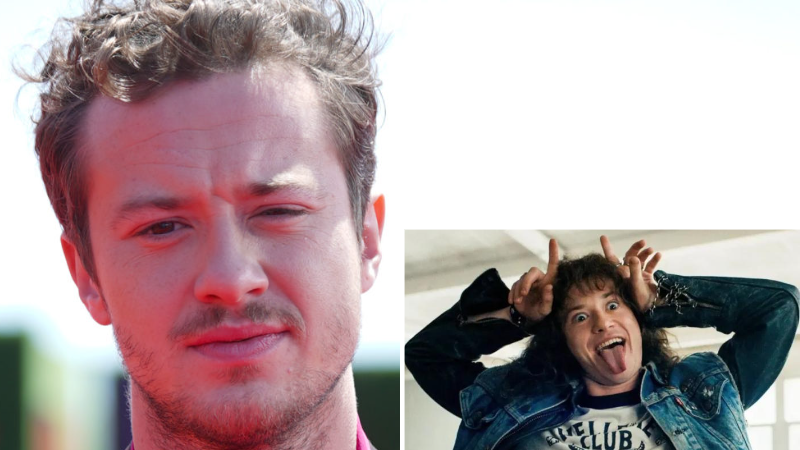