Margot Robbie is the quintessential Harley Quinn, the world has decided. But as it turns out, the actress had a difficult time getting used to her original costume and was self-conscious. The Australian mega-babe likes her burgers, and she really didn’t like squeezing into hot pants for the role.

Robbie Has Her Own Very Real Insecurities

She made herself known to the world in The Wolf of Wallstreet in 2013, when her character seduced Leonardo DiCaprio’s wearing nothing but stilettos and stockings, but Robbie is still human. Despite her phenomenal figure, she told The New York Times that confidence is a practice that almost requires an out-of-body mindset.

Robbie told The Times, “You need to act like you think you’re really gorgeous and you need to be completely convinced with that, because everyone else will believe it, too.” She added that she can accomplish that task “when I’m really sure it’s not me.”

But despite already filming several nude scenes in her past, the Harley Quinn costume in Suicide Squad really put Robbie’s confidence to the test.

The Babylon actress told The Times that Harley Quinn’s choice of clothes, from a character perspective, was not to attract attention. She said that Harley is “wearing hot pants because they’re sparkly and fun,” and not because “she wanted guys to look at her ass.”

But while the sparkly hot pants may have been “fun” for Harley Quinn, such was not the case for Margot Robbie.

“As Margot, no, I don’t like wearing that,” she said. “I’m eating burgers at lunchtime, and then you go do a scene where you’re hosed down and soaking wet in a white T-shirt, it’s so clingy and you’re self-conscious about it.”

After her 2016 debut in Suicide Squad, it was clear that Robbie stole the show. That’s why she’s kept returning to the big screen as Harley: Birds of Prey (2020), The Suicide Squad (2021) and Gotham City Sirens (TBS). After the first Suicide Squad movie, however, Robbie vowed to never wear the hot pants again.

Her wish was granted, too. Robbie ended up becoming a producer for Birds of Prey as well as Gotham City Sirens in exchange for promising to appear in a Suicide Squad sequel. She swaps her original costume for a variety of psycho-chic ensembles. The range from overalls to sexy jester to tattered red chiffon gown. None of them include sparkly hot pants.

She Had to Train Like Crazy to Get Her Figure

At 5’6”, weighing about 125 lbs, Margot Robbie works her butt off to maintain her figure. What you see in Suicide Squad is the result of training 3 hours a day, almost every day, for three weeks straight. That was a step up from her usual 1-hour-long training sessions, three or four days a week.

Personal trainer Andie Hecker told People that they used a variety of non-bulking exercises to achieve Harley Quinn’s figure. That included Pilates, ballet, and jump rope. Hecker said that they focused on Robbie’s abs and butt specifically because of her costume. That included doing “a ton of side series outer thigh work, targeting outer glutes with high reps and low weights, to pull those muscles in and create a beautiful line from the waist to the upper thigh,” she said.

Robbie once told Emirates Woman that she’s not good at moderation and she loves to eat and drink.

“I don’t have a very good diet,” she said. “I love beer, fries, burgers, but if I have to get in a bikini then I’ll eat carrot sticks for three days. I’m one extreme or the other.”

She added that her favorite foods to eat are “chocolate, waffles and fries.” But when she’s getting ready for a role, that all changes. She said she bans chocolate, saturated fats, sugary drinks, and fast food from her diet when she wants to keep in shape.

“I’m not good at doing moderation,” Robbie told Emirates Woman. “I get miserable if I don’t eat. I can’t just have a salad every day and a half a glass of wine every second day.”

Robbie also stays active doing normal people things, aka sports. She loves to surf, run, and play ice hockey and combines it all with cardio workouts.

Robbie also mixes it up depending on the body type that she needs to achieve. In order to look like Tonya Harding in I, Tonya, Robbie worked out five days a week for four hours a day.

The Barbie actress told Entertainment Tonight that Tonya Harding herself gave her advice on how to get into shape.

Alright, Robbie, you deserve every bite of your burger. And your hot pants. 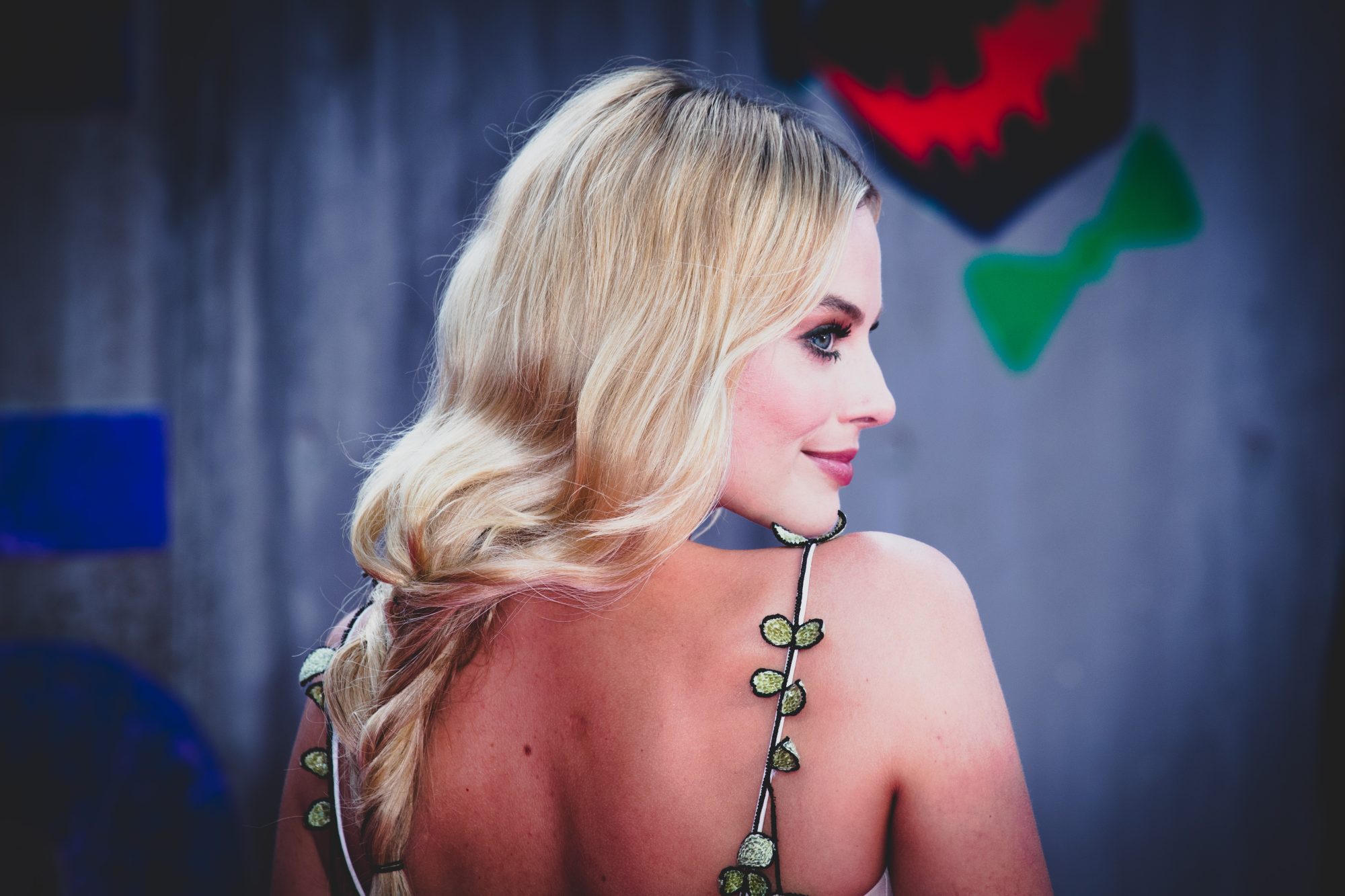