Was it faked? Did his tongue actually get stuck? The debate from the 1983 classic ‘A Christmas Story’ has been part of many discussions during the last twenty years of TBS marathons.

In the movie, Ralphie offers the ultimate challenge — a triple dog dare — to his friend, Flick. Flick accepts and advances on placing his tongue to a flagpole. When it gets stuck, the crowd of classmates erupts.

Peter Billinglsey played Ralphie in the film. He discussed the sequence with Yahoo! Entertainment.

His answer ends all future questioning.

“First of all, it’s real,” Billingsley said. “We were warned that it’s real. We were told ‘Don’t do it.’ I know some people have done it on chairlifts when they’re skiing, which is like the worst thing you can do, ’cause then you’re stuck in the air. At least be on the ground if you’re gonna try it.”

Most all of the movie was shot in Cleveland, Ohio — including the house, which you can still visit — the flagpole scene was further north. In the colder Ontario, Canada.

He did, sort of, say that it could have been faked with low-tech twist.

“It was very cold outside. I mean, it’s a blizzard and that was real,” Billingsley continued. “There were no special effects in that movie. But the effect there was a little fake pole over a real flag pole, a hole cut in it with a hose that sucked air. So when he stuck his tug on it and it was just like a little suction trick and that was it. And it just kind of stuck. This was the 1983, we had to [use] low-tech special effects on the set of A Christmas Story. But you know what? They worked and they worked better than probably now. Now someone would say, ‘Oh, we’ll do it digitally.’ It’s like, ‘No, just do it. … Logic works.'”

There Is A ‘Christmas Story’ Sequel With Original Cast!

HBO Max previously dropped details about the film’s plot, saying, “This time, Ralphie is all grown up and must deal with Christmas and all that comes with it … as a dad.”

It also is no spoiler to let you know, the latest release completely ignored the 2012 straight-to-DVD sequel, A Christmas Story 2. 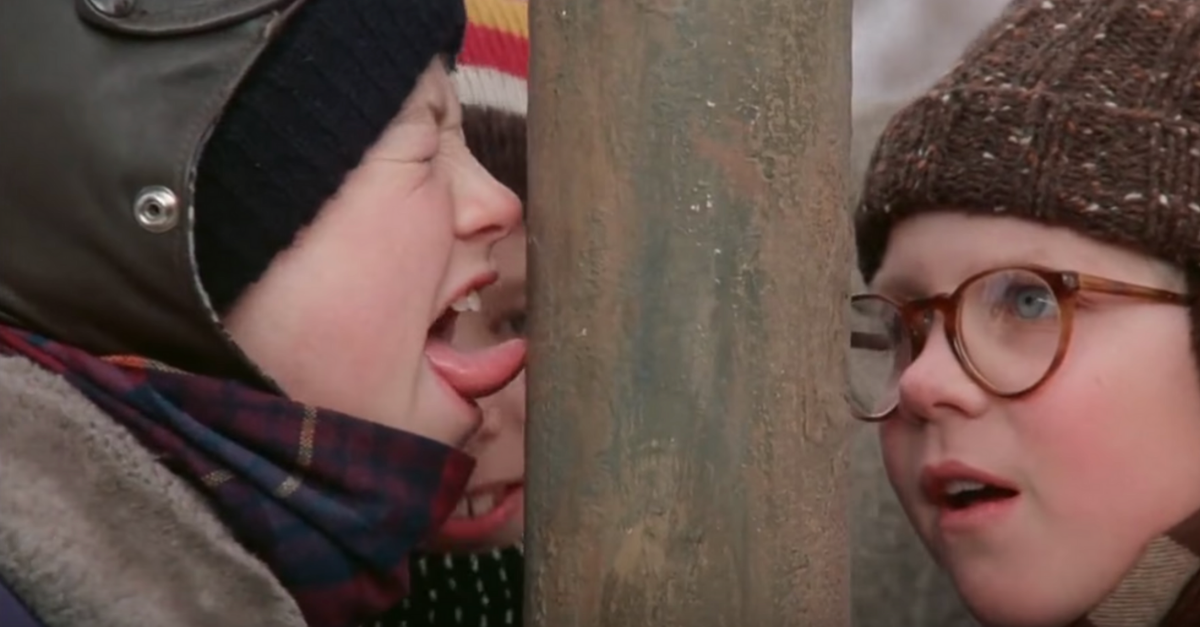