“If you love the ‘Property Brothers,’ just wait ’til you meet Pete, Zeke and Tristan. It’s The Fliplets!” an enthusiastic voice over says at the beginning to the segment. “You’re watching HGTV, ’cause your house sucks!”

It quickly became clear that while Pete and Zeke were there to make a stereotypical property program, Tristan wasn’t about to fall in line. While the two other brothers took a trip down memory lane and reminisced about their much-loved childhood tree house, Gosling’s black sheep began to bang on about a weird spiritual experience of darkness he had while watching a man die on the streets.

“When I was 12, I saw a man get hit by a bus. And I had plenty of time to intervene, but I was frozen. Not by fear but by a dreadful excitement,” Tristan explained. “I just watched him, like it was all a little show that God was putting on just for me. A marionette, dangling before the lapping flames of his master’s furnace. And in that moment I died a little unto myself, but I was reborn as the lizard I was destined to become.”

This spoof of the typical HGTV house-flipping show is spot on. I never really noticed before (since personally, HGTV can be pretty interesting and resourceful sometimes) that most of the shows on the channel are basically the same. It’s also why putting on the channel can be great to have in the background while you’re busy with something. But if Ryan Gosling introduces the Fliplets on a real HGTV show, parody or not, you can count on me tuning in.

Editor’s note: This article was originally published on October 1, 2017. 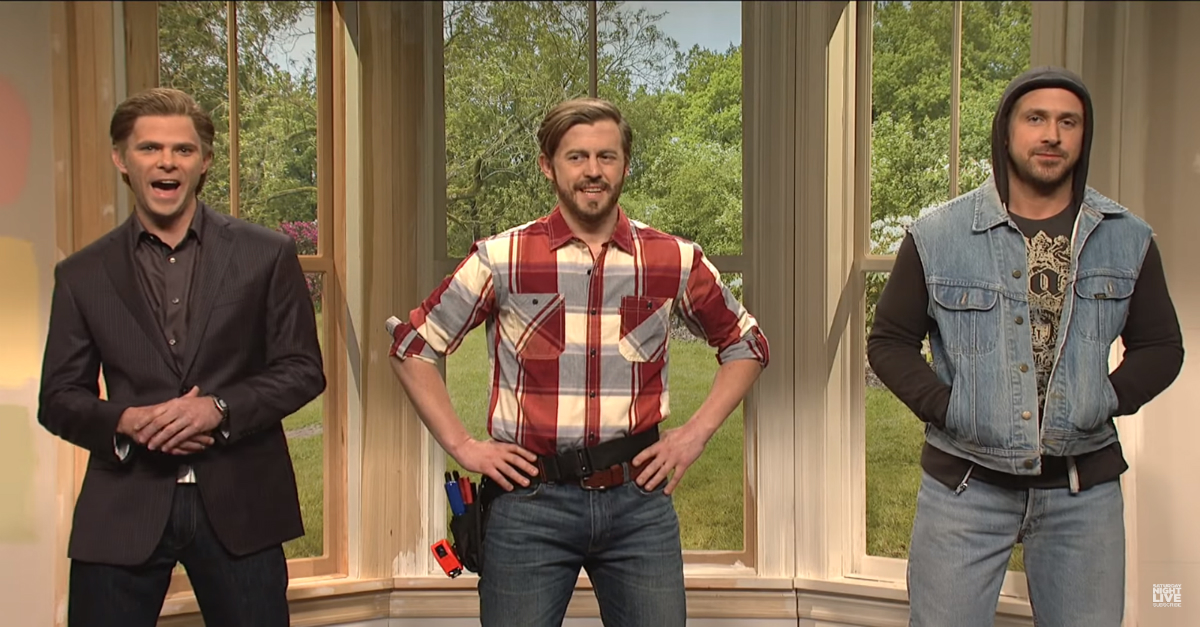