DeLorean Motor Company is back as an auto manufacturer and is set to introduce its first entry in the EV market.

The new DeLorean model is named the Alpha5 and was just announced by the brand. DeLorean will show the car at the Pebble Beach Concours d’Elegance on August 18.

John DeLorian originally founded DeLorean Motor Company in 1975 and based it in Detroit, but the company went bankrupt in 1982 – three years before Back to the Future reached theaters.

And now, thanks to Liverpool-born mechanic Stephen Wynne, the new DeLorean Motor Company is a completely separate company, started in 1995 and based in Humble, Texas just outside Houston.

The new incarnation of DMC acquired the old company’s logo and parts inventory and has mostly worked as a service and restoration company for old DeLorean cars.

But now, under new CEO Joost de Vries, an EV industry veteran who who ran the Roadster service program in the early days of Tesla, DMC is making its return as an auto manufacturer and its first foray into the EV market.

The new DMC has partnered with Italdesign, the design firm that worked on the original DeLorean, to design the Alpha5. And while the Alpha5 design pays slight homage to the original with its gull-wing doors and louvered rear window, that’s about where the similarities end. 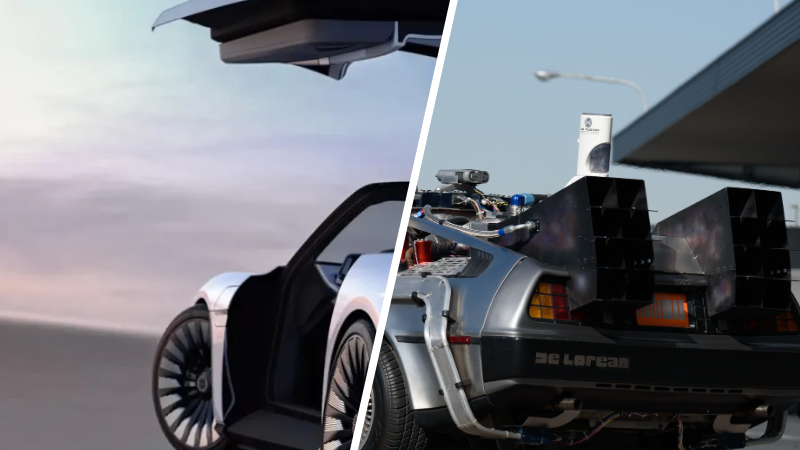