Kanye West. Charlie Sheen. Courtney Love. Dennis Rodman. There are some celebrities who constantly remind us that they aren’t actually suited for the public eye. And, much to the delight of tabloids and mean-spirited social-media users, they don’t know when to keep their mouths shut.

Put another way, when one of these craven celebs make headlines, a collective, nationwide groan usually ensues.

Steven Seagal might even top that list. It would take all week to rattle off all the blunders that the actor and martial arts teacher has made over the years. But of course, even if someone communicated those gaffes, he’d keep making them anyway.

With that in mind, leave it to Steven Seagal — or maybe we should say “Stiven” Seagal — to add more wood to the fire that is his unflappable support for Russia Prime Minister Vladimir Putin. You know, the world leader whose inner circle is shrinking, who only has a few international allies and who pretty much every American loathes for his horrific invasion of Ukraine?

Scratch that: Every American except for Steven Seagal.

For those of us who have voyeuristically kept tabs on the Under Siege star (and his reliably cringe-worthy hairdos), it’s no news that Seagal loves Russia. Chalk him up to just a contrarian, and you’ll have to overlook the fact that he obtained Russian citizenship in 2016 and actually served as Russia’s special envoy to the U.S. in 2018.

In a move that he made either by design or sheer dumbass-ery, Seagal in March 2014 voiced his support for Putin, according to The Moscow Times. Specially, he backed the Russian leader’s decision to infiltrate another country, Crimea, with masked troops, and take over its airports and military bases.

Now — surprise, surprise, surprise, as Gomer Pyle would say — Steven Seagal is publicly backing Putin again. During a time when the Russian leader and his cronies are, hyperbolically or not, saying that “tactical” nuclear strikes against Ukraine are on the table.

This time around, the actor took his praise a step further, singing Putin’s praises on his birthday, according to The Independent.

“Today is President Putin’s birthday,” Seagal reportedly said. “I just think that we are now living in very, very trying times. He is one of the greatest world leaders and one the greatest presidents in the world.”

Seagal continued, according to The Independent: “And I am really hoping and praying that he gets the support and the love and the respect that he needs. And that all the tribulations that are going on now will be over soon, and we will be living in a world of peace.” 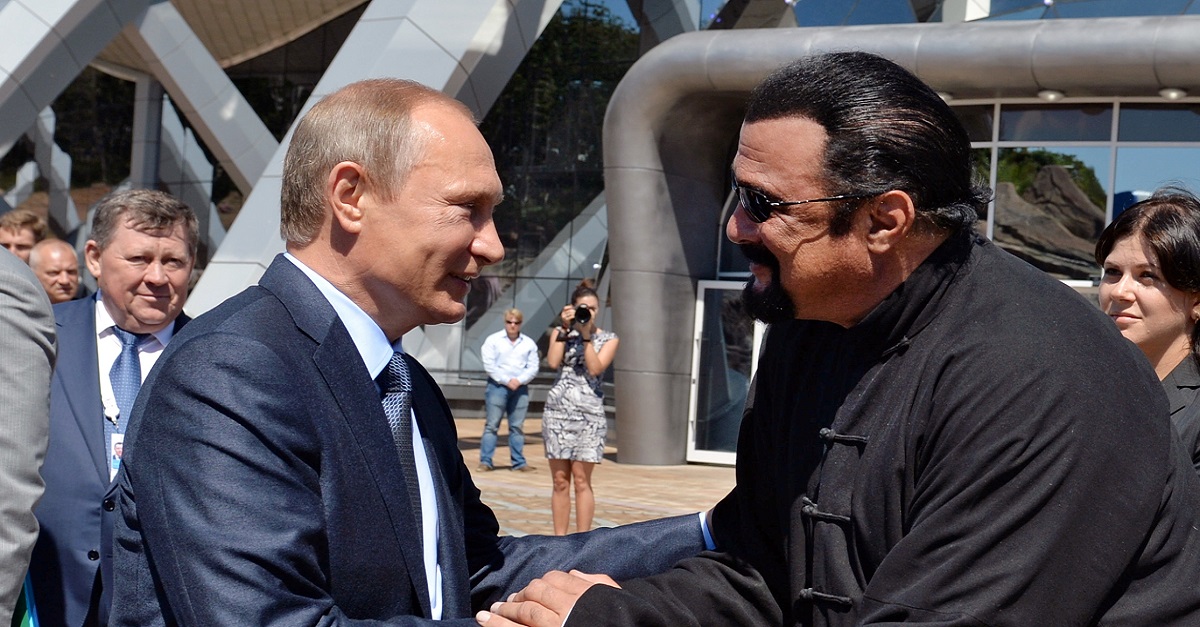