The View’s outlook could be in question again, after co-host Whoopi Goldberg recently made another gaffe that raised ire among conservatives. While the comedian publicly apologized for her remarks, she will have to face additional hurdles to remain on the show.

For instance, gossip website Suggest said on Tuesday that Goldberg and co-host Joy Behar are in-fighting. Behar is trying to get Goldberg fired so she can be The View’s only senior host, according to Suggest.

Incidentally, rumors also abound about Behar’s own retirement from The View. She turns 80 years in October, and her three-year contract with ABC expires this summer, per The New York Post.

If Whoopie Goldberg and/or Joy Behar depart from The View, they would join an interminable list of co-hosts who left the 25-year-old show since it began.

The History Of ‘View’ Host Departures

To begin, Behar is The View’s longest-serving co-host. She began with an impressive stint that lasted from the show’s launch in 1997 to 2013. She retired in the latter year, saying she wanted to focus on hosting other programs, performing more stand-up comedy, and writing a play, according to Deadline.

Nevertheless, she returned to The View in 2015 and held her seat ever since.

While Goldberg wasn’t among the original panel on the TV show, her 15-year run on The View is almost as impressive as Behar’s.

Other hosts left or got the boot from The View due to controversies. Memorably, Rosie O’Donnell served two brief stints on the show, from 2006 to 2007 and later from 2014 to 2015.

Her public controversies are too numerous to count. Some of the more egregious ones include O’Donnell using an offensive Chinese accent and complaining she didn’t get her fair share of attention during discussions related to politics.

Meanwhile, co-host Meghan McCain — who often locked horns with both Behar and Goldberg — left The View  in July 2021. She later attributed the departure to an “unhinged” work environment and an especially heated argument with Behar, per Entertainment Weekly.

Another panelist on The View, Elizabeth Hasselbeck, left the show in July 2013 amid — but not necessarily because — fans of the show said she was too conservative, per US Weekly.

Who will be next to leave The View? Given the trend of departing panelists, another exit could happen sooner than later. 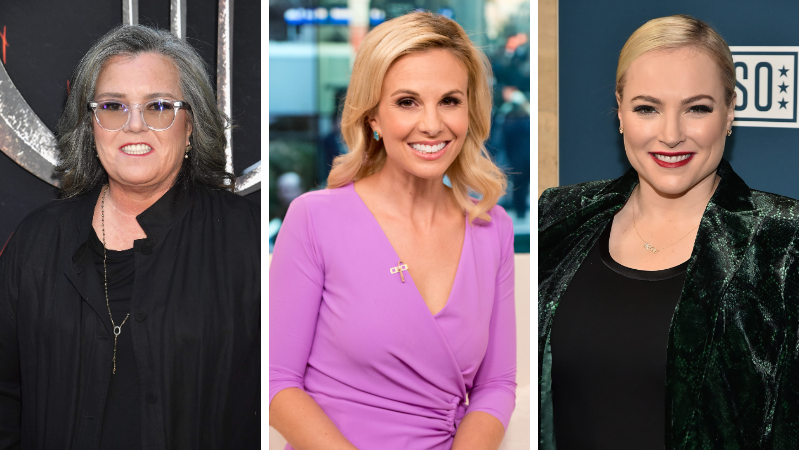