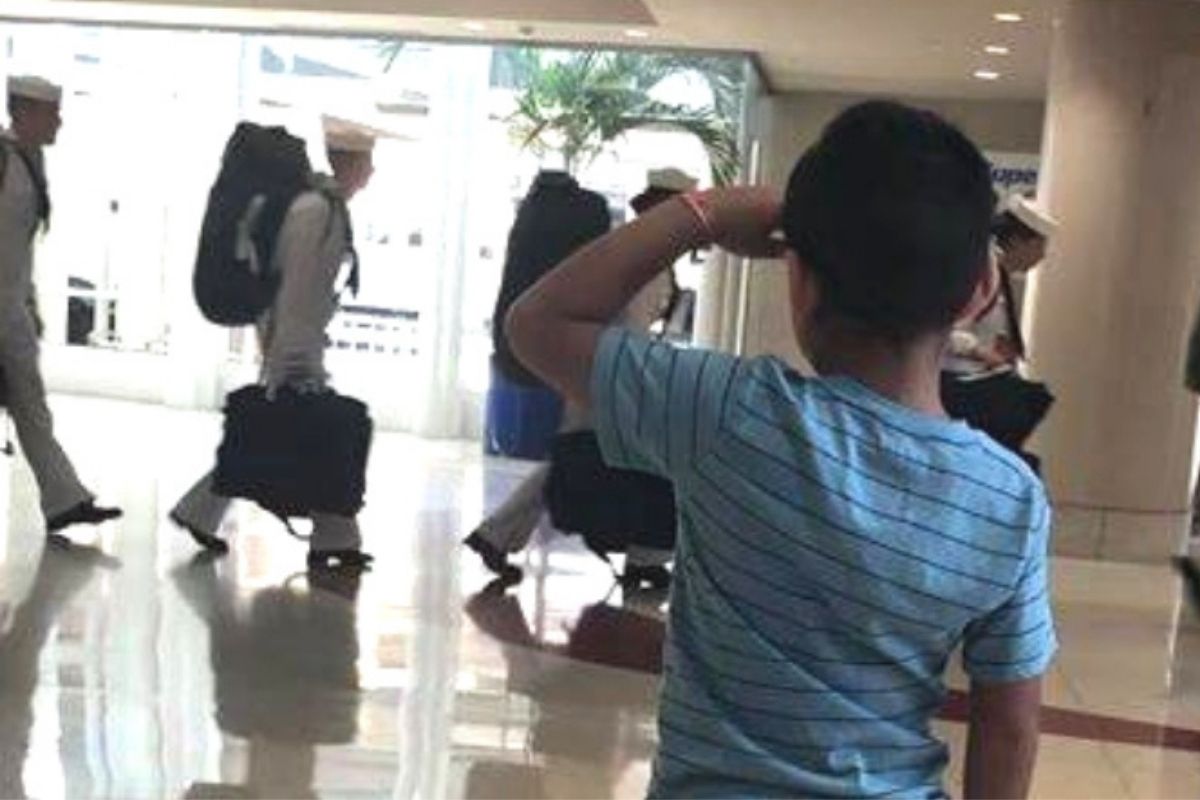 A photo of a local boy was taken as the 6-year-old salutes military men, making him an internet sensation. A trending video showed him saluting several military men at the San Antonio International Airport. First-grader Jace Vega’s viral photo was circulating around Facebook, gaining more than 3,100 likes, and has been shared more than 2,100 times. Jace Vega’s family wanted to show the world how their son’s respect and patriotism made them feel proud.

The Facebook post read, “Priscilla Pinales-Vega & Joe Vega sent us this photo of their son at the airport. According to Joe, when he asked his son why he did it, his response was “Daddy they protect us.”

What was surprising about the boy, was the way he responded when asked why he decided to stand up and salute the men. According to Jace’s father Joe Vega, besides loving video games and football, the boy has always dreamed of becoming an Army Captain. So the salute felt natural to him, because “they fight for our country.” Vega said his family met him at the airport as he was returning from a trip from Colorado Springs.

Jace quickly stopped in his tracks as he saw the sailors in uniform and decided to salute them. Vega stated he was proud to see his son show respect for men, adding that the photo has opened several opportunities for his son. He stated, “A couple of companies have reached out to us and some other people just reached out to my wife,” he said. “They want to use his picture in the airport somewhere in Florida. A couple of locally owned veteran companies who do shirts, that’s locally owned and operated, they’re going to do a couple of shirts with him.”

News in photos like these definitely makes you appreciate how well these parents are raising this boy. If this is how he is acting at such a young age, can you imagine how he will be when he turns 18? Way to go, Jace, we can’t wait to see what you do in the future!

Editor’s note: This article was originally published on July 24, 2019.

Watch: Deputies Fake Traffic Stop to Surprise a Family with a Military Homecoming