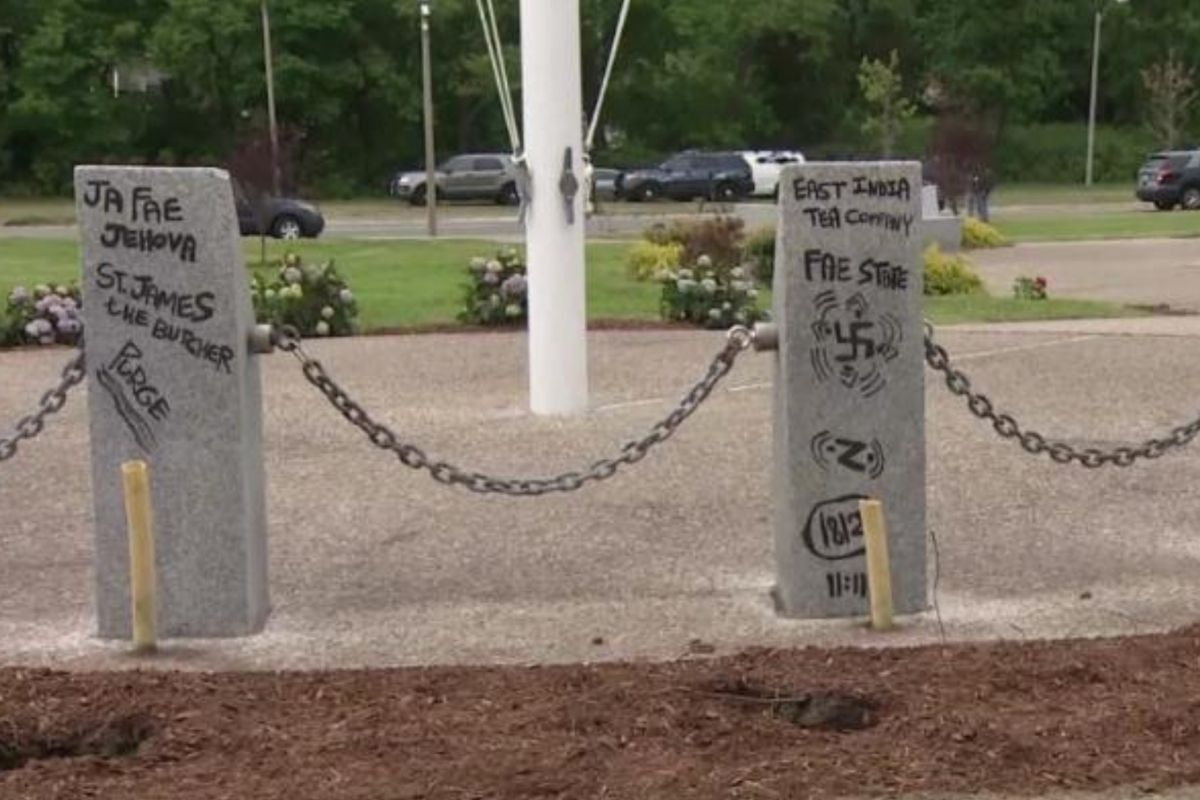 A couple of massive tools decided to throw it back to the 1970s and treat Vietnam vets like trash so they defaced a Vietnam War Memorial in Boston with graffiti, including a Swastika (because the only chapter anyone, ever, read in any history book was the one on World War II).

Massachusetts State Police are investigated the incident, which was the second time that particular memorial has been defaced. The vandals also tore down flags and tore up shrubs and flowers, proving beyond a shadow of a doubt that they’re super hardcore, man.

For the 2nd time in less than a yr., this Vietnam Veterans Memorial in the #Dorchester neighborhood of #Boston has been vandalized. American flags tossed into water, flowers destroyed &
hateful messages written on the stone monument, including a Swastika. https://t.co/SY34N8HuVQ pic.twitter.com/fiClBCvDAs

Flags Discovered in Water after Vandalism

More flags discovered in the water after vandalism at Vietnam Memorial in Boston. @7News pic.twitter.com/Z7Wgha9dbe

Police Were on the Hunt

AWFUL: Police are searching for the person responsible for vandalizing a Vietnam memorial in Boston.

They say the vandals wrote graffiti on the stones — including a swastika. https://t.co/99cJAqFUBx pic.twitter.com/UcyIkLrRSl

Whoa. Again, so hardcore. Don’t mess with these badasses, who defaced a defenseless, inanimate memorial while no one was around. Just… SO hardcore. Not like the posers and sheep who showed up afterward to clean up their mess.

The only way this incident could turn out to be funny is if the police find out it was an old hippie with dementia confused about what year it was, and acting like he did in 1971. Otherwise it’s likely the culprits are either dumb kids who are going to be grounded forever, or genuine activist tools who aren’t very good at being activists (assuming the point of being an activist is to get people to support your causes).

The state police did have surveillance footage of a possible suspect (sadly not an old, confused hippie) so it’s likely they’ll had someone to talk to soon after. They were dumb enough to do this in the middle of the day after all. Might as well walk into the police station and do a line of cocaine off the front desk.

At the end of the day the vandalism is especially counterproductive (if there was even a point to it) because now the people of Boston are going to show even more love to the Vietnam vets this weekend.

Editor’s note: This article was originally published on May 24, 2019.