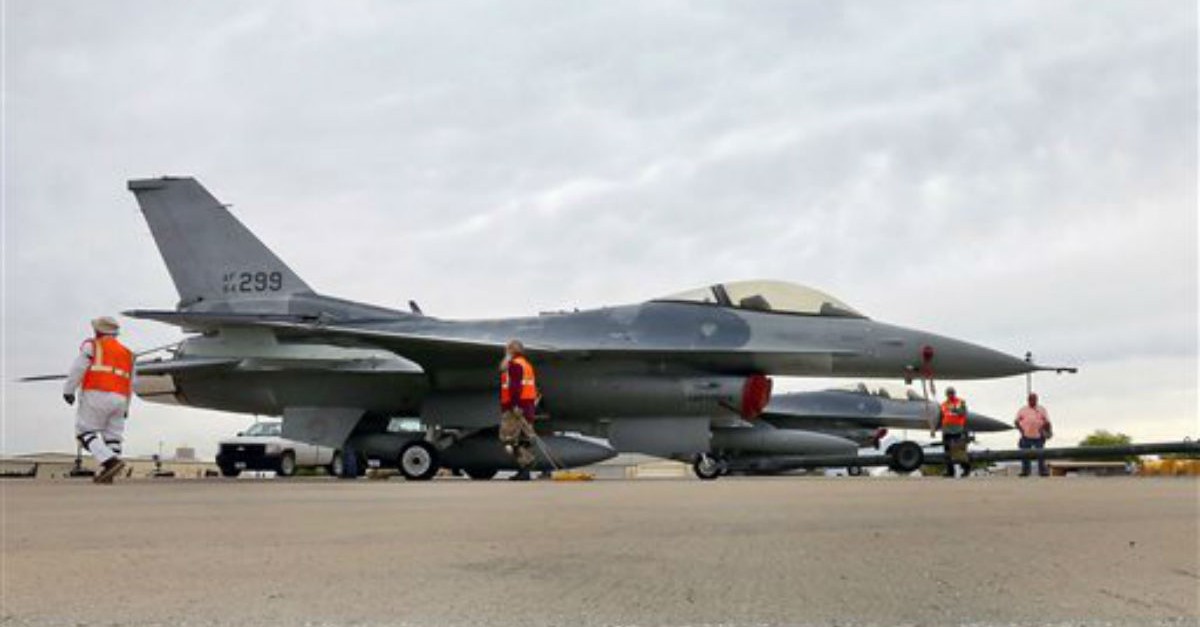 Update: ABC News reports human remains were found at the Arizona crash site where the F-16 fighter jet piloted by a student from Taiwan went down, Thursday.

BAGDAD, Ariz. ? Officials say an F-16 fighter jet from Luke Air Force Base near Phoenix has crashed in northwestern Arizona.

There’s no immediate word on the condition of the pilot after the crash Thursday in Yavapai County.

Luke officials said the jet was assigned to the 56th Fighter Wing.

The crash scene is about 85 miles northwest of the base located in suburban Glendale.

Luke spokeswoman 1st Lt. Tanya Wren said the cause of the crash isn’t known and no other information was immediately available.