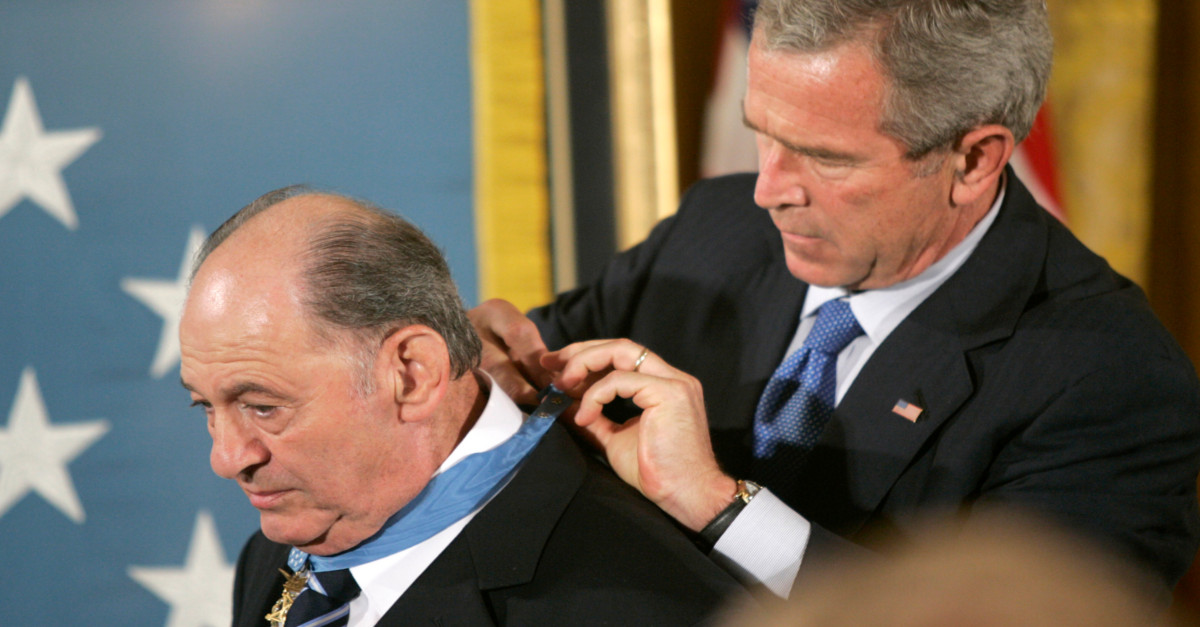 Tibor Rubin, a Hungarian Holocaust survivor and an Army veteran who earned the Medal of Honor for his actions during the Korean War, has died.

Rubin was born in 1929 in Hungary. At 13, he was taken to the Mauthausen concentration camp after his parents tried to send him to Switzerland to save him. But he was caught at the Italian border and taken anyway. Both of his parents and his younger sister died after being sent to Auschwitz and Buchenwald. Rubin spent 14 months at Mauthausen before being freed by American troops in 1945; he swore that he would go to America and join the Army to repay them for his liberation. After being turned away twice, he was finally able to enlist in 1948. But he still had to contend with anti-Semitism.

He was assigned to Company I, 8th Cavalry Regiment, 1st Cavalry Division, and was sent to fight in South Korea. But a sergeant, Arthur Peyton, repeatedly used anti-Semitic slurs around him and consistently sent him on the most dangerous missions. Then one day, he was asked to stay behind and secure a route while the company withdrew. But North Korean soldiers attacked, and for 24 hours, Rubin repelled wave after wave of attacks. A few months later, he was wounded and then captured by Chinese troops. He spent the next 30 months in a POW camp, even though he could have been freed. His captors repeatedly offered to send him back to Hungary, but he refused each time. The American troops in the camp were starving and suffering from disease, so Rubin did all he could to help. He risked his life by sneaking out each night and stealing food from Chinese and North Korean supply depots, and shared it with his fellow POWs. He also used his experience in a concentration camp to help treat their wounds, such as how to use maggots to stop gangrene from spreading.

Two of his commanding officers would recommend him four times for the Medal of Honor. But both of them died not long afterwards. Before they died, though, they ordered Sergeant Peyton to begin the process to get Rubin’s heroism recognized, something witnessed by several of Rubin’s fellow soldiers. All believed that Peyton deliberately ignored the orders. Decades later, his fellow POWs began a campaign to ensure that he got the Medal of Honor, and 55 years after he fought so valiantly in the Korean War, he was finally awarded the Medal of Honor at the age of 76.

After the war, he got married and started a family. He is survived by his wife, Yvonne, and his two children, Frank and Rosalyn.