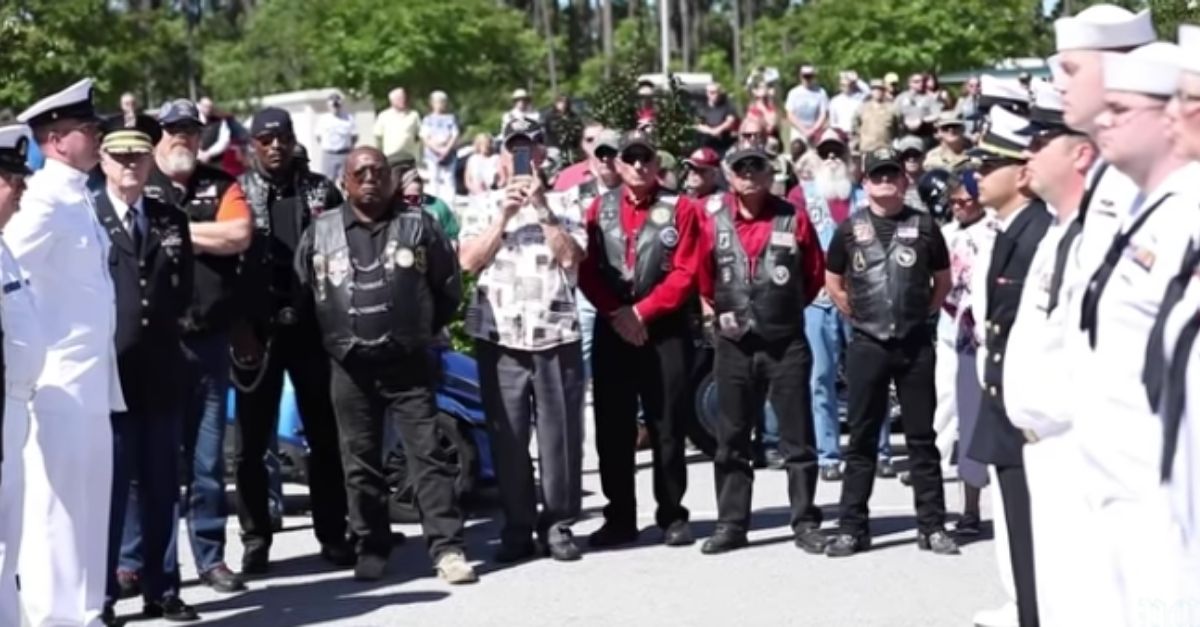 In Columbia, South Carolina, an unclaimed veteran got the proper burial he so rightfully deserved by a community willing to honor those who have fought for our country. Petty Officer 3rd Class James Miske, a Vietnam War veteran who served in the Navy from 1965-1967, had passed away in May 2019 with no family members claiming his body or providing a funeral for him. Pastor Mark Bredholt presided over a funeral for him, but thankfully, he wasn’t alone.

William Lynch of the Caughman-Harman Funeral Home along with the Dignity Memorial Homeless Veteran Program decided to give the Vietnam veteran his final salute, since Miske’s family could not be recalled. They got word out about Miske’s final salute, even reaching CNN. And the outcome was insane.

By encouraging the public to attend, the funeral pavilion was overflowing for Miske’s funeral and his final salute. All types of military personnel, fully dressed in their uniforms, came through to honor the veteran while many others joined. Along with other veterans and families, 150 Patriot Guard motorcyclists attended, wearing their vests that have the insignia from Desert Storm, Iraq, and other conflicts. Over 100 vehicles also had flags waving from their windows as they joined the funeral procession.

According to the Facebook Post by the Caughman-Harman Funeral Home, Miske was born in Chicago, Illinois, in 1944. Along with serving in the United States Navy Active Duty, he was also assigned to Aviation Administration Maintenance before staying in the naval Reserves. His full military honors include receiving a National Defense Service Medal and a Vietnam Service Medal with Bronze Star. He had died in hospice care.

The service was held on Friday, June 14, 2019, at the Fort Jackson National Cemetery. The procession was escorted by the Richland County Sheriffs Office and the Patriot Guard Riders. It’s so wonderful to see how a community comes together to honor someone who put his own life in danger to fight for his country. As heartbreaking as it is to know that there are many more unclaimed veterans out there who fade into the past because they have no families, I’m thankful for the Dignity Memorial Homeless Veteran Program. Check out their website for more information if you know a veteran who needs to be honored.

It’s very crucial that we take care of those who put their lives on the line so that we could live in freedom.