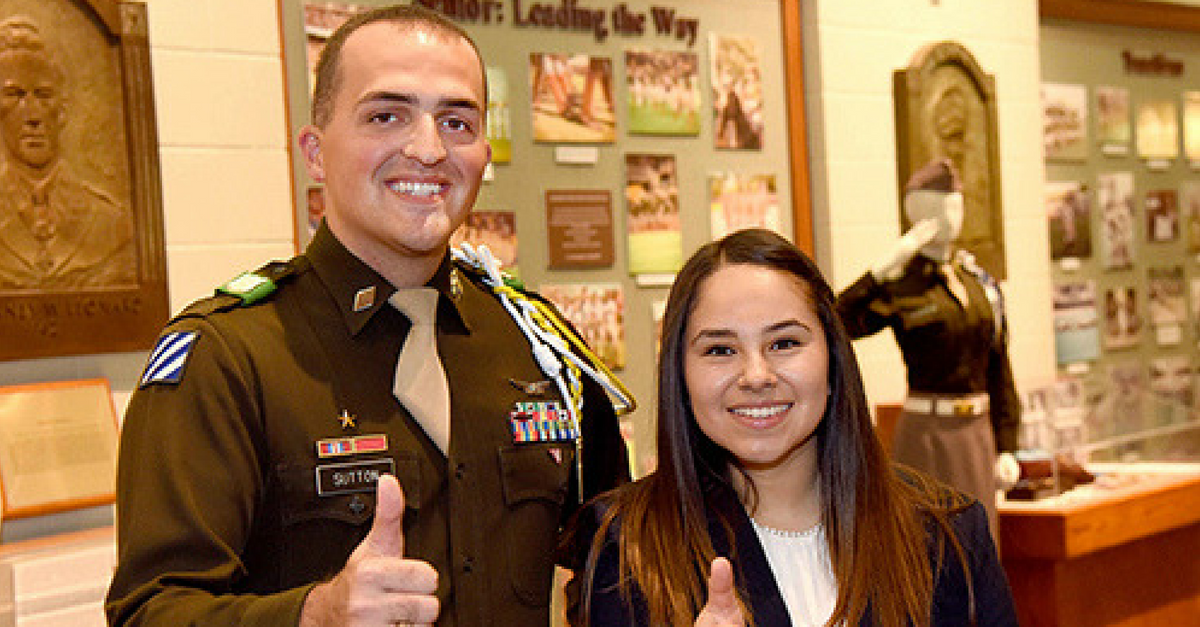 Nowadays, it’s too easy to consider a college’s athletics program or its state-of-the-art facilities as a hallmark of the school’s overall success. Those things might make social media headlines, but it’s not what counts at the end of the day. What counts is how the university uses its influence and research to make an impact, to better the community’s lives. In the case of Texas A&M University, helping veterans is never far from the list of ways to meaningfully engage the community.

Texas A&M University is making strides through research, support, and recognition when it comes to veterans, from providing excellent on-campus resources for all Aggie student veterans to running unique studies on tracking PTSD through physiology. Veterans matter to the nation, but they especially matter to Texas when you consider that the state has the second-highest population of veterans in the U.S. after California, per the National Center for Veterans Analysis and Statistics.

Per the Texas Workforce Investment Council, about 40 percent of Texas’ veterans in 2014 served in the Gulf War era, while about 35 percent served in the Vietnam War. This demographic is particularly important to Texas A&M because prior to 1980, the term PTSD simply didn’t exist. It was only when the American Psychiatric Association added PTSD to its comprehensive overview of mental disorders in 1980 that people began to learn more about this traumatic and historical disorder.

There was no way for veterans to define their struggles readjusting to civilian life post-service, combat or otherwise. Dedicated to ensuring that no veteran will go without care, rehabilitation, and support, here are just three ways (of many!) that Texas A&M has partnered with the community to better the lives of veterans through discovery and impactful research.

Operation Hat Trick, the nonprofit organization dedicated to supporting wounded combat veterans in the U.S., gave Texas A&M the Excellence in Service award based on its effort to “fully integrate OHT on their campuses… promoting veterans’ causes through social media and advertising campaigns” and raising funds to support the recovery of wounded service members and veterans.

OHT donated to Brazos Valley Cares in the name of the University as part of the award, and even today, a portion of the proceeds from Texas A&M-OHT merchandise helps American heroes on their road to recovery.

2. The work with the Waco Veterans Affairs Hospital.

The VA hospital had been enjoying activities for Navy Week in Waco! #thankyouforyourservice

The Center of Excellence for Research on Returning War Veterans was established in the Waco Veterans Affairs Hospital in 2007 to gather information “on Afghanistan and Iraq war veterans dealing with post-traumatic stress disorder.” The center is divided into three core research areas: neuroimaging and genetics, assessment, and treatment.

As far back as 2011, Texas A&M College of Medicine’s Health Science Center has offered both staff support and major grant funding to the neuroimaging research area. This is important because it’s impossible to understand the real effects of PTSD on the brain without actually watching the human brain respond to certain stimuli. For Texas A&M, it’s just another way to give back to the community of veterans across the state.

3. The PSTD research championed on campus.

Thanks to our partners at Texas A&M for their support of America's Finest and Project Hero HERO Trak! https://t.co/AnH5RYrFSa #NOVETALONE @TAMU pic.twitter.com/r9WQkjMrq6

As a result, the university began a partnership with Project Hero, a nonprofit organization t hat helps veterans and first responders affected by injury, post-traumatic stress disorder and traumatic brain injury, to achieve rehabilitation, recovery, and resilience in their daily live,” per Texas A&M Today. The data generated by wearers of HERO Trak, distributed through Project Hero, is sent back to Texas A&M to further understand PTSD and its debilitating effects.

Aggies are there for our veterans. Are you?

READ MORE: This 115-Year College Tradition Gets Right What So Many Colleges Don’t