WASHINGTON (AP) — Gerard Murphy never met his uncle Richard. But the Potomac, Maryland, native grew up hearing stories of the former journalist who enlisted in the Marines during World War II and disappeared during the June 15, 1944, amphibious assault on the Pacific island of Saipan.

“This was a mystery in our family for basically my entire life,” said Gerard Murphy, a lawyer. “It’s bad enough to lose someone in a war. Having them missing in action is an added burden and grief to carry.”

That all changed in 2015, when Gerard Murphy was contacted by Ted Darcy, an independent researcher specializing in identifying World War II-era military remains. Darcy, a retired Marine gunnery sergeant, believed he had made a match between Richard Murphy’s dental records and the remains of an unidentified Saipan casualty buried in the Philippines as unknown soldier X-15.

Three years and many steps later Richard Murphy’s remains are finally coming home. Darcy’s efforts resulted in the military disinterring the remains in the X-15 grave and bringing them to Hawaii for genetic testing. Gerard Murphy and one of his cousins provided DNA samples — “basically we spit in a bag” — and the military was able to make a positive match.

Richard Murphy’s remains are expected to arrive in late November, where they will be reburied in a cemetery in Silver Spring, Maryland, “right next to his mother,” Gerard Murphy said.

A native of Washington, D.C., Richard Murphy graduated from Georgetown University and worked for several years for the Washington Evening Star, an afternoon newspaper that ceased publication in 1981. When the U.S. entered World War II, Murphy enlisted in the Marines as a combat correspondent, island hopping through the Pacific with American troops.

“He carried his M-1 rifle and his typewriter,” Gerard Murphy said. “All my life we heard about Uncle Richard. Having his remains brought home feels really amazing — very spiritual.”

Working from his home in Florida, Darcy was able to make the match by comparing dental records from Richard Murphy’s enlistment with those of unknown soldier X-15, all supplied for a fee by the National Archives and Records Administration. Darcy said he has dealt with dozens of such cases and often ends up dealing directly with family members — sometimes with divergent reactions to news of a long-dead relative.

“Some are very, very grateful,” he said. “Some don’t want to be bothered.”

His work frequently brings him in contact with the Defense POW/MIA Accounting Agency, or DPAA. Darcy expressed some frustration with the pace of the process on the military’s end.

“It took three years for them to decide to disinter (Murphy), go get the body and ship it to Hawaii for DNA testing,” Darcy said. “I’ve got 48 more on my desk right now. How long is it going to take to get them through those?”

Hattie Johnson, a service casualty officer for the Marine Corps, has been handling the Murphy case and said there’s a renewed sense of urgency surrounding the World War II cases because “the family members of these soldiers are starting to die off.”

The situation is complicated by the relatively primitive nature of the medical and dental records back then, Johnson said. For example, the dental records on file for each American soldier and Marine were essentially done by hand instead of with an X-ray machine.

“Back then, the dentist would literally look into your mouth and manually fill out a chart,” she said.

Still, Darcy was able to make that connection using the same records.

“The military said they tried but they couldn’t figure it out,” he said. “I think they’re just overwhelmed.”

This story has been corrected to show the battle started June 15, not Jan. 15.

Read: When they learned the remains of a WWII vet were on their flight, this choir helped escort him home 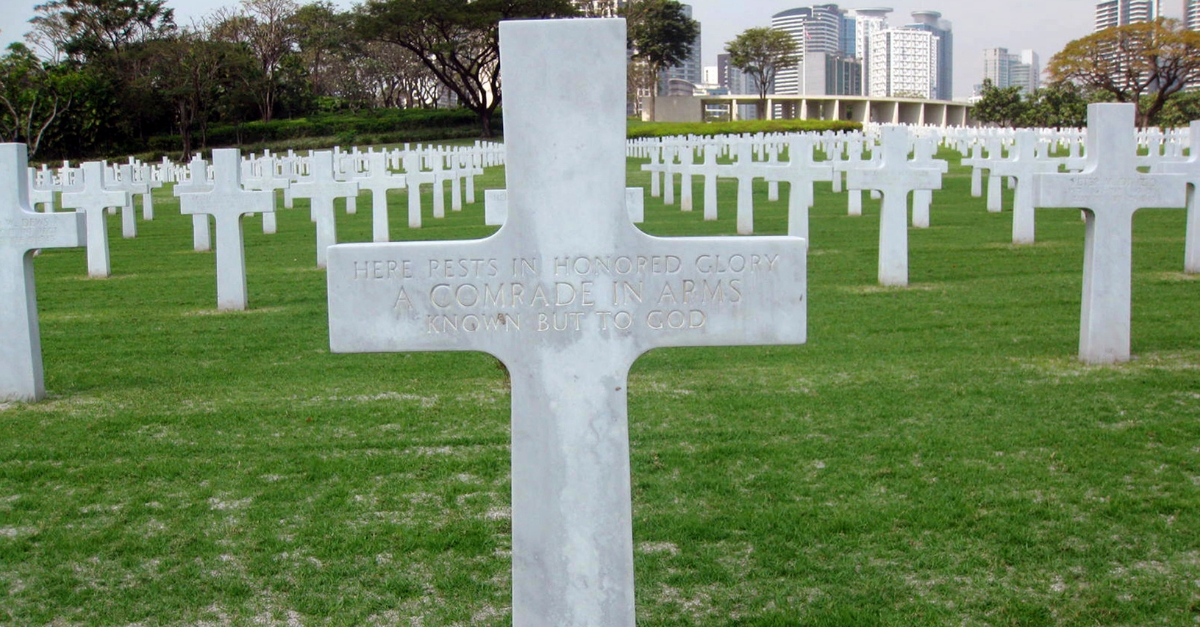