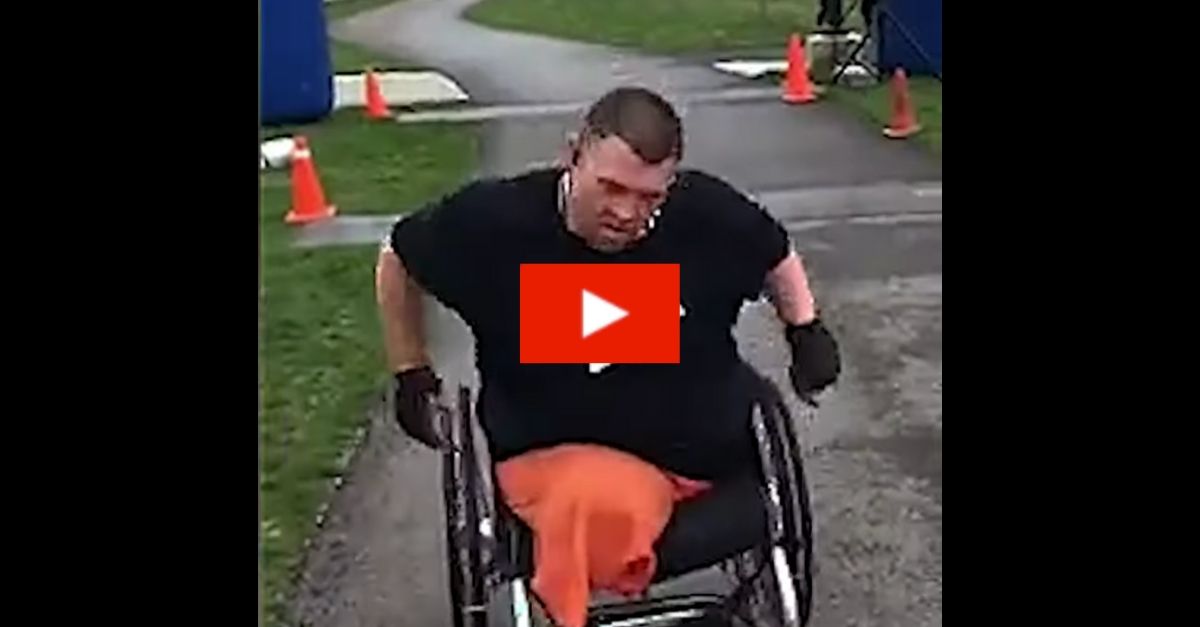 You always hear about how tough the Marine Corps is, and Lance Cpl. Thomas Parker shows us exactly how so. The 29-year-old is a triple amputee, but losing his left hand and both his legs hasn’t stopped this young marine veteran from running half-marathons. That’s right, half-marathons.

Thomas Parker joined the US Marine Corps 3rd Battalion, 5th Marines at just 19-years-old. His famous unit, known for its legacy in Belleau Wood, Guadalcanal, and Fallujah, suffered the most casualties in Afghanistan out of any other US Marine Corps unit. In December 2010, while Parker was on patrol with 19 other Marines in Sangin, Afghanistan, a 20-pound explosive device went off causing him to get both of his legs and his left hand amputated.

Finding himself at home in Montana in February 2011, Parker became addicted to his painkillers. His mother, Lisa Jennison-Corbett, recalls trying to give the young marine his independence while dealing with his lies over his drug abuse. He stayed active and even received a custom-made home from the nonprofit, Homes for Our Troops, in 2015.

However, two years later, the house was repossessed, and his drug addiction escalated to methamphetamines and heroin. Lisa Jennison-Corbett even reached out to his fellow marines from his unit to come from all over the United States, to have an intervention for him. They eventually got the police involved when they could no longer make an impact on his decisions.

After being in and out of jail and rehab in 2017 and 2018, Parker ran into an old childhood friend, Dara Rhondda, at a gas station. They caught up and remained in touch as he finished his prison sentence in 2019. Parker was able to enter the Veterans Treatment Court in Missoula, Montana, in exchange for serving any more jail time. Dara helped Parker recover to where he earned permission to leave the program, and he moved in with her soon after February 2019.

After getting frustrated by the same police officer stopping him for rolling his wheelchair down the road while exercising with Dara biking next to him, Parker decided to join the Veteran Suicide Awareness and Prevention Walk to run a ruck and half-marathon for the first time. And he finished it, even beating a few avid runners.

After attending his final session of treatment in Cincinnati on May 13, 2019, focusing on his PTSD diagnosis, he returned to Missoula, Montana, on June 28, 2019, for the Missoula Half Marathon. He finished the half-marathon in just eight minutes shy of two hours. And he didn’t stop there. He continued to train in hopes of completing a full marathon in December 2019.

When Parker was asked what motivates him to stay sober and train, he answered quickly and simply, “I do.”

Watch: Marine Breaks Up Brawl By Violently Tackling Students to The Ground