Army Sgt. 1st Class David Cooper and Army Sgt. Gracie Vaughan were just leaving work Tuesday when they happened upon a horrific crash in Virginia. Both immediately pulled over and jumped to help.

RELATED: True to his faith, this WWII hero was honored for standing up to the Nazis

Cooper made the daily commute along the George Washington Parkway from the Pentagon to Virginia’s Fort Belvoir Army base. It’s a traffic-packed drive that motorists know all too well. This day would be different, though. Cooper joined more than a dozen other Good Samaritans to lift a shuttle bus and free passengers who were trapped.

The bus was packed with Chinese tourists near George Washington’s Mount Vernon plantation. It had collided with a vehicle head-on and then tipped onto its side.

One person died in the crash, and 15 others were hurt.

Cooper said a Coast Guard officer also stopped to help. He was able to pry off an escape hatch on the shuttle’s roof to get people off the bus.

Once he realized the rear door of the bus was bolted shut, Cooper reportedly shouted. He said, “We have to lift the bus up!”

Cooper, the Coast Guard officer and two other men did just that.

Vaughan arrived as the bus was put back on its wheels. She said the scene reminded her of the time she spent working at a combat hospital during the Iraq War.

Vaughan covered the deceased passenger with a blanket, out of respect for the woman.

The Good Samaritans were able to help the ailing passengers — some bleeding so badly they needed tourniquets — despite the language barrier.

And when emergency crews made it to the scene, many of the helpful motorists drove off, resuming their commutes home or to work.

RELATED: The heroism of these soldiers was overlooked for almost 100 years — but now they’re finally being recognized

“I just see it as doing what should be done,” Vaughan said.

It’s not clear what caused the crash. 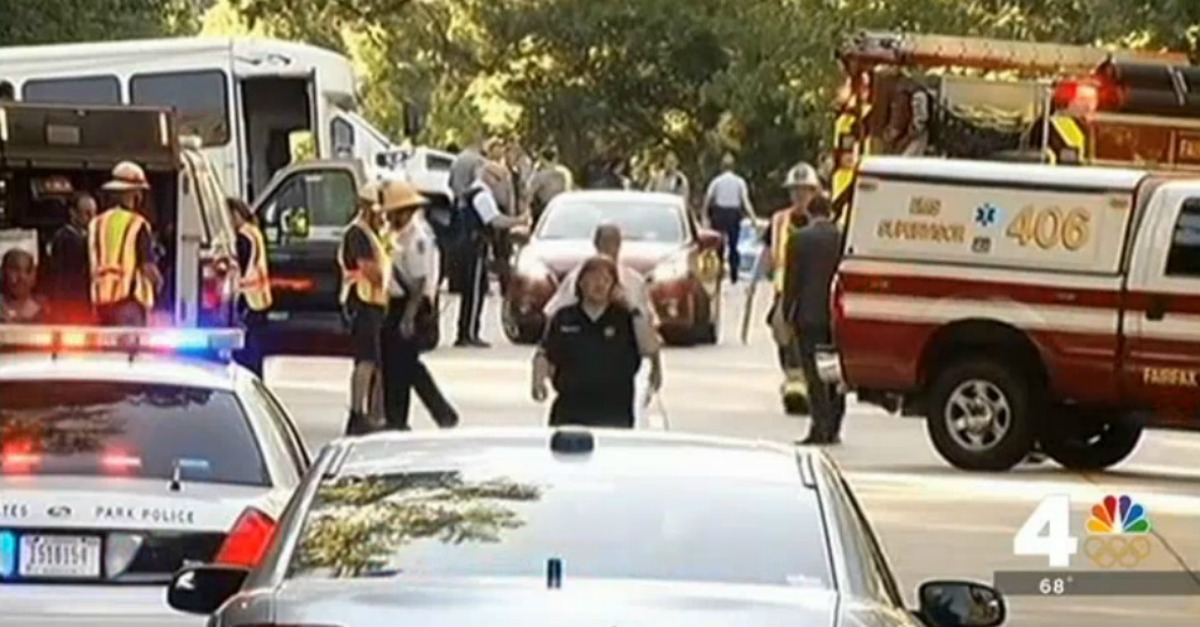