There are plenty of viral moments that we watch and cry over — and then we forget.

This one wasn’t one of them.

RELATED: Garth Brooks stops his concert when one woman’s sign catches his eye and changes everything

It was November of 2014 when Garth Brooks first encountered a woman by the name of Teresa Shaw, who was attending his Minneapolis show and holding up a sign that said “Chemo this morning, Garth tonight … Enjoying ‘The Dance.’”

Being the Garth that he is, he ended up going to the edge of the stage and singing to the woman, and led a thunderous applause when he assured her that she would be able to “kick cancer’s ass.”

During Garth’s April 30 show in Rochester, Minnesota, he once again noticed Teresa, now holding a brand-new sign that read “I kicked cancer’s ass. Still enjoying the dance!”, according to a Minnesota radio station.

“It was when I woke up the next morning that I realized what the power of social media could do,” Garth told the crowd. “I can’t tell you how many people around this planet were praying for you… and they picked a good one to pray for.”

And in the midst of singing “The Dance,” Garth got emotional, and let the lyrics do the talking for him.

“I want to thank you, thank all of you for letting me be a part of your life and the fights that you take on,” Garth said. “I’m very, very proud to get to be a part of that.” 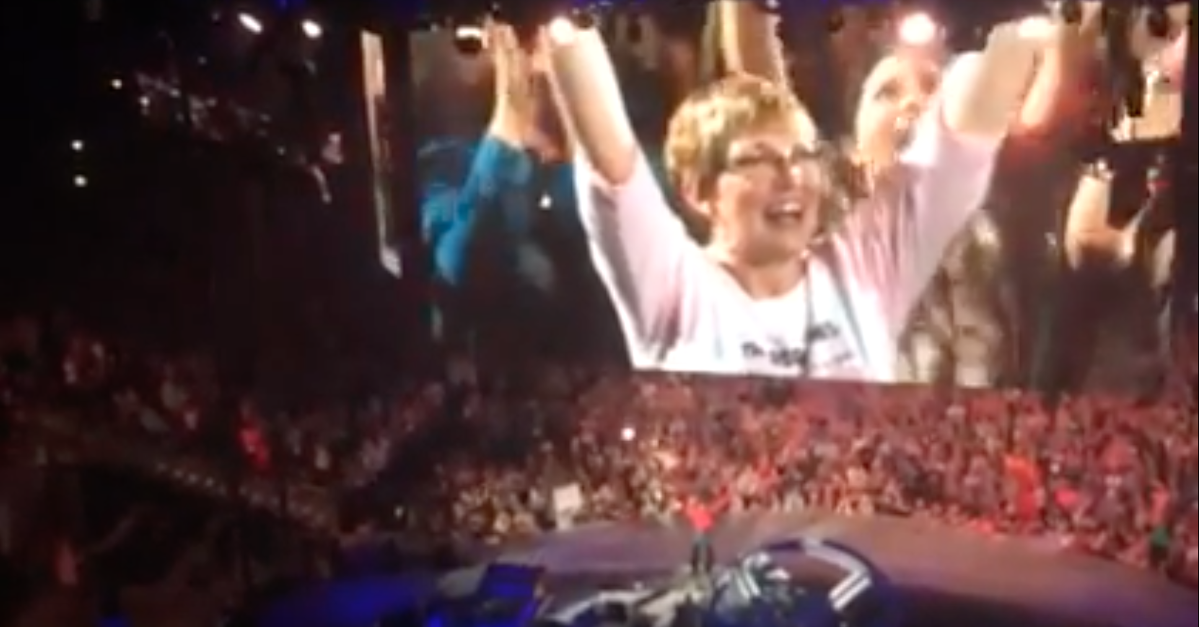