Glen Campbell is widely regarded as one of the best guitarists of the past 50 years, but his advancing Alzheimer’s disease has robbed him of the ability to play.

Glen’s wife of 34 years, Kim Campbell, opens up about Glen’s condition in a new interview with “The Tennessean.” He can still play a little air guitar from time to time, but his ability to communicate is completely gone. Occasionally, he tries to sing.

Kim says, “He still has his essence.”

One of the songs on Glen’s final album, “Ghost on the Canvas,” includes the lyrics, “I know a place between life and death for you and me.”

Kim visits Glen just about every day, and their daughter, Ashley, plays country classics for her dad on guitar during her visits. Ashley explains that Glen likes the rhythm of the guitar. Every now and then he moves his mouth and makes sounds as she sings.

Says Ashley, “With persistence, something gets in.”

As they’ve done since Glen was diagnosed with Alzheimer’s disease, Kim and her family are being open and honest about their journey. Kim has a message for those caring for someone with the disease, too.

She says, “I want to let people know that there’s hope out there, there’s help out there, they don’t have to do this alone. They can’t do it alone. It will take you down.”

For more on Kim Campbell’s story, check out Careliving.org. 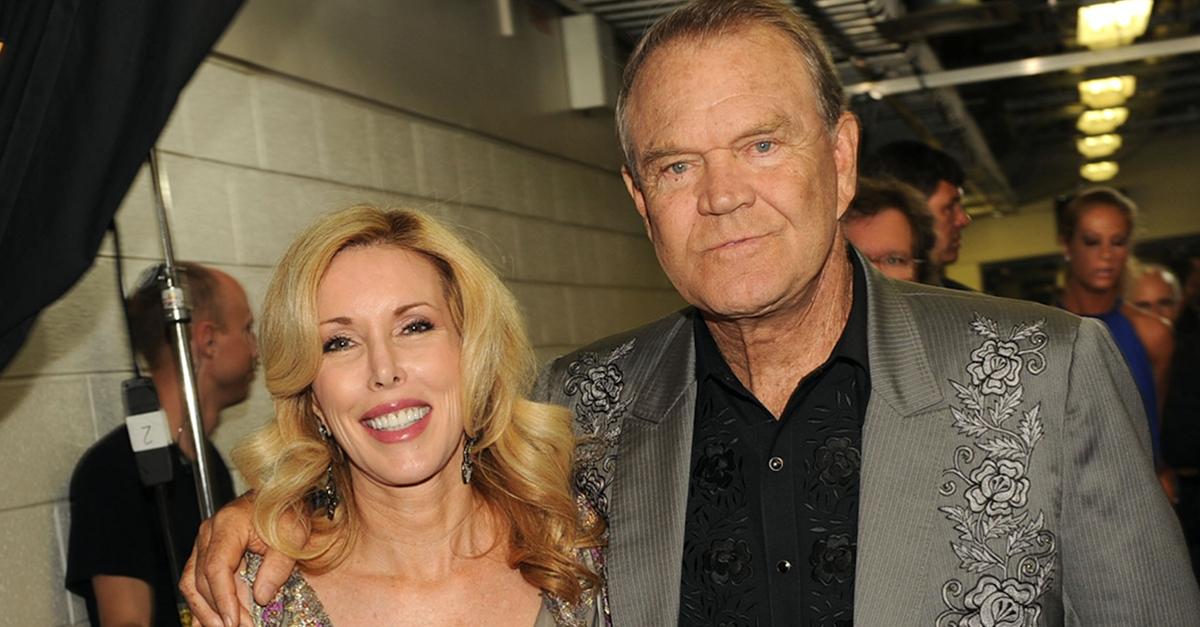