NBC’s “The Voice” returned on March 7 with a handful of standout performances.

But, only one lucky singer found his way on Team Blake. His name was Josh Hoyer.

Before taking the stage, the 40-year-old father of two from Lincoln, Nebraska shared that he worked as a bartender and a musician in order to meet the financial needs of his adoring family. He also said that he wanted to show his loved ones that “good things can happen” with a little bit of hard work.

For his blind audition, Josh belted out a soulful rendition of the Chi-Lites’ 1972 classic “Oh Girl”. The burly bearded dad showcased his deep, gravelly voice, while wailing out the passionate song lyrics. Meanwhile, his family happily waited in the wings and proudly cheered on their favorite singer!

Josh’s impressive version of “Oh Girl” ultimately led to a face-off between lovebird coaches Blake Shelton and Gwen Stefani. The “Sweet Escape” singer used her experience with juggling a music career and being a mother of three in an attempt to get Josh to join her team.

Gwen said, “I do understand what it’s like to be a working parent. That’s what I struggle with all the time. I could definitely share my experiences with you, and I’d love to do that.”

Although coaches Adam Levine and Alicia Keys didn’t turn their chairs, Blake said, “I just felt like this guydeserves to be on this show, and if he’s going to be on this show, he may as well be on the winning team. And, man, I’d love to have a chance to work with you. We’re all going to say that there’s nobody like you on our teams because there’s nobody like you on the show.”

Josh will move into the next round of the competition on Blake’s “winning team.” 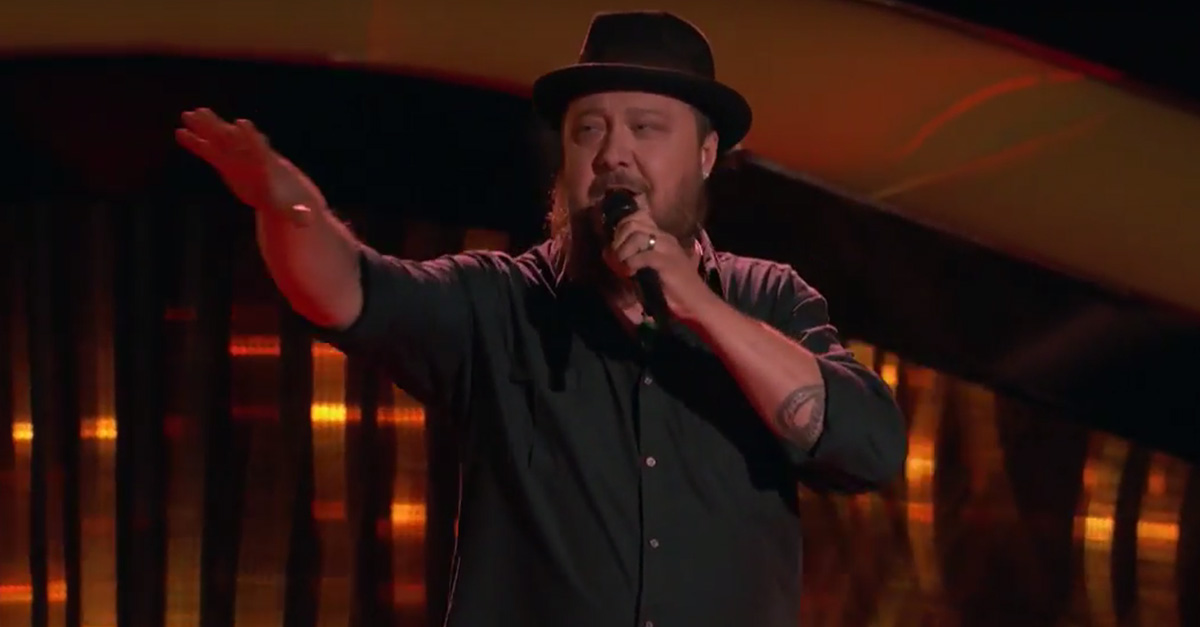