Season 12 of “The Voice” continued with a bevy of blind auditions on Monday, March 13.

And one aspiring star, who blew the minds of coaches Blake Shelton and Adam Levine, was Terry Pinkard, affectionately known as TSoul.

The 29-year-old soul singer from Richmond, Virginia turned two chairs with his rendition of “Take Me to the River” that was equal parts Talking Heads and Al Green.

Donning a polka-dotted button-up shirt and a hip pair of flip-up sunglasses, TSoul worked the stage with his unique dance moves. He also incorporated some impressive runs into his performance. But it was his incredible falsetto that grabbed Adam’s attention, who turned his chair around first. Shortly after, Blake slammed on his red button and mouthed the word, “Woah,” several times.

Following the performance, Adam noted how TSoul kept an eye on Alicia Keys’s chair and admitted that he was relieved to see that she didn’t turn around.

“I’m like, if she turns, it’s over. But if she doesn’t, he’s mine,” Adam said with a hint of confidence that he’d score TSoul for his team. “You are a special man, because the way you do it is extremely unique to you and that’s the kind of person who can win this thing.”

Blake then added, “Your voice is like a 50-year-old. It’s got all of the herbs and spices. You’re one of a kind, man. Thank you for bringing that here for us, man.”

Though Adam seemed like the obvious choice, TSoul chose to join Team Blake! We’ve got to say, if TSoul continues to slay songs like this, he may just be the one to beat! 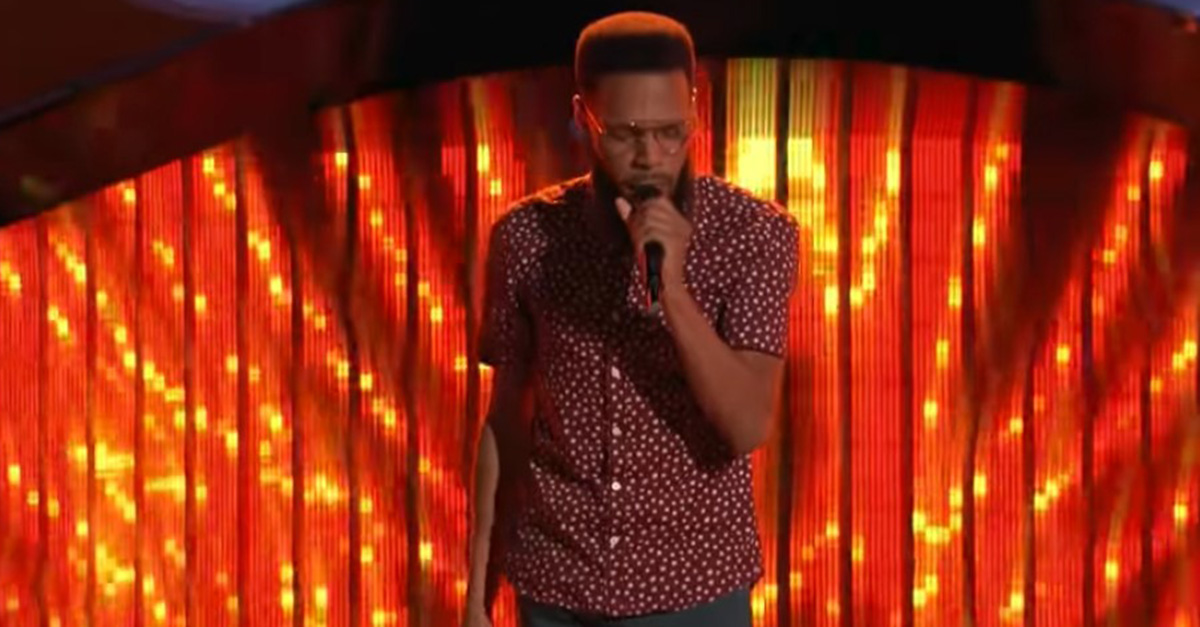