NBC’s “The Voice” contestant Anatalia Villaranda may be a pop singer, but she chose to represent the country music genre during an April 4 episode of the knockout rounds.

And, boy did she slay!

Once she took the stage, the red-dressed Anatalia showcased her powerful vocal range by soaring on the major high notes and digging into her lower register on the low notes. She also worked in a few hand gestures to convey the emotion of the ballad’s sinister subject matter.

Dawson followed up Anatalia’s “Two Black Cadillacs” performance with a rousing cover of “Demons” by Imagine Dragons. “Dawson, I love your voice,” coach Gwen Stefani praised afterward, adding, “That sounded like an alternative record. And, Anatalia, you have so much confidence and power. You were ruling the room.”

Adam Levine, who gave Anatalia the edge, added, “Dawson, that’s a great song. But, it’s been a song that famously on the show has been really hard to do. Anatalia, you’re the kind of person that’s not going to stop until every person in this room hears you. And, that’s a testament to your performance ability.”

Blake Shelton, who represented Dawson during the battle rounds, praised him saying, “You have a special voice.” He then told Anatalia, “There’s no way to not get excited about the fact that you’re the one that’s about to come out here and sing.”

RELATED: A “The Voice” coach has a tough call to make following this singer’s Reba McEntire cover

The two teens’ coach, Alicia Keys, was last to comment. “Both of you are so good and so powerful,” she raved before naming Anatalia as the winner.

Anatalia will now head to the live playoffs phase of the competition. Watch the video above to see her amazing cover of “Two Black Cadillacs.” 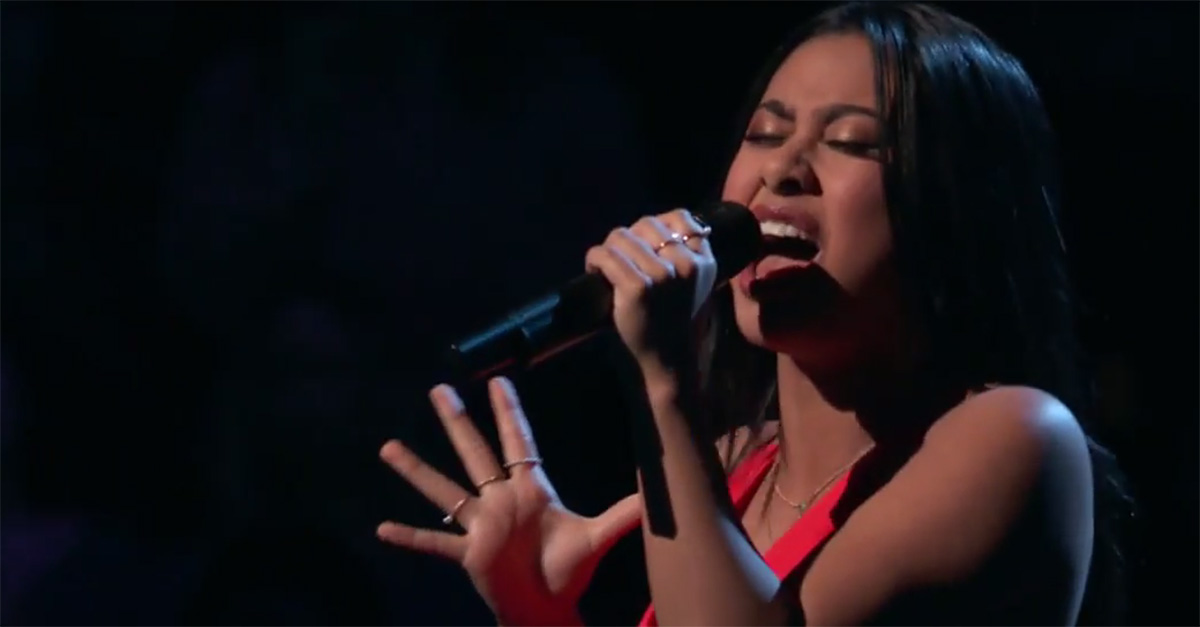