On May 28, Jason Aldean headed to his social media channels to pay an emotional tribute to the one and only Gregg Allman, who had just passed away at the age of 69.

“This one hurts a lot,” Jason wrote on Instagram. “This was one of my heroes. He made it seem possible for a kid to come out of Macon, Georgia, make a name for himself and make it in this business. He was such an inspiration to so many of us that tried so hard to imitate him but could just never quite do it the same. Thanks for the music and thanks for making me believe I could achieve my music dreams too.”

On June 7, Jason was able to take that tribute to a whole new level.

RELATED: Keith Urban sends his love up to the late Gregg Allman at this pre-race event

“Gregg Allman and The Allman Brothers Band helped create the bedrock foundation of modern southern music,” said CMT President Brian Philips in a May 30 press release announcing the tribute. “Over the weekend of his death, CMT’s most important artists reached out to see how we might honor Gregg at our Awards. This tribute will celebrate Gregg Allman’s soul, charisma and enduring artistry. ‘The Road Goes on Forever,’ indeed.”

And we have a feeling, somewhere, Gregg was rocking out right along with them. 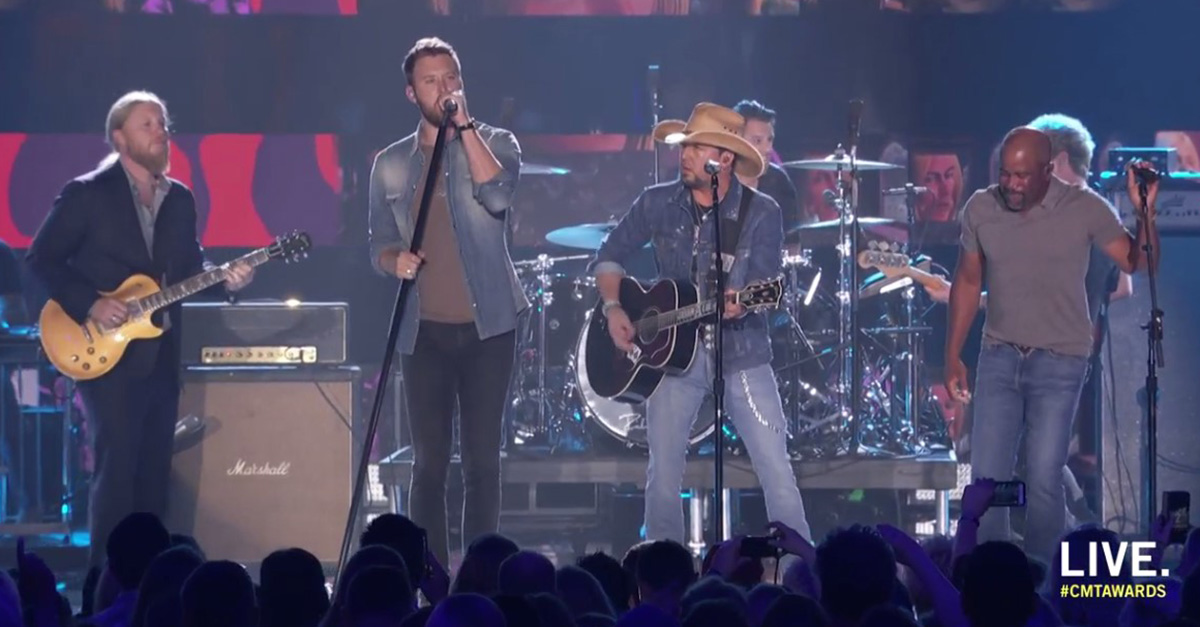