It’s an epidemic in country music these days — an engagement epidemic. Since the Christmas holiday, it seems that ever formerly single country artist has either popped the question or been the one saying yes to the question. It could make the most cynical among us believe in love.

And now, another handsome country hunk has fallen under this mysterious plague and asked his lady to become his bride.

The Swon Brothers’ Colton Swon will tie the knot with longtime girlfriend and bestie Caroline Glaser. The younger of the Swon brothers shared a romantic message and photo on his Instagram page of the sparkling diamond on his honey’s finger. He wrote, “She said YES! I get to marry my best friend y’all! I’ve been dreaming her up my whole life and she’s so much more than what my simple mind could come up with…Forever ain’t long enough.”

Caroline also shared a pic on her Instagram page, but it shows the sweet couple just minutes after he popped the question. Caroline wrote, “My heart is exploding and I’m struggling to find the right words to say, but today I said yes to a life with my best friend…Forever isn’t nearly long enough.”

RELATED: Place your bets on the hottest country couples who could tie the knot this year

Colton and Caroline met while both were competing on season four of “The Voice.” The Swon Brothers were on Team Blake and Caroline was on Team Blake until a knock-out round found her in peril of elimination until Coach Adam Levine saved her. In 2015, the petite brunette released a self-titled album. The Swon Brothers, who are favorites of fellow Okie Carrie Underwood, just released “Don’t Call Me,” the first single from a new EP. The duo previewed the tune for fans when they were opening Carrie’s Storyteller Tour in 2016.

Congratulations to the newly engaged Colton and Caroline. Now, let’s get going on these weddings, y’all! 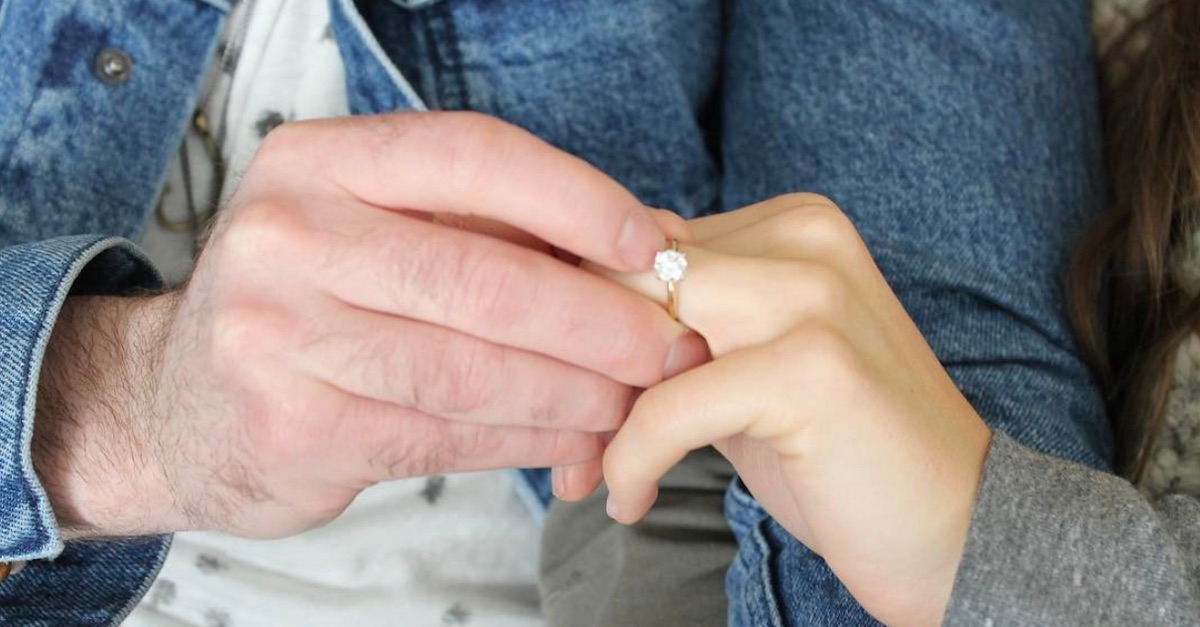