Country star, hunky hubs and soon-to-be hot daddy Thomas Rhett still has several months before he becomes father to at least one little girl, so he’s taking advantage of that time. Prior to his March 3 show in Illinois, Thomas Rhett practiced being father to one precious little princess and got a good lesson in being upstaged by the ladies in his life.

In a pre-show Q&A, the country singer-songwriter found that 11-year-old Sofia had written a song specifically about Thomas Rhett’s wife, Lauren. He invited the precocious pre-teen onstage to perform the tune, but she stole the show before the song ever started.

RELATED: Thomas Rhett reveals how he and Lauren are connecting with each other before the babies arrive

If Sofia was nervous at all, it didn’t show. Quick-witted and charming, it was almost as if Thomas Rhett was under a spell as he chatted with the youngster about her song. And when Sofia sang a few notes to show T-Rhett and the band how the song should go, he jokingly offered her a recording contract.

“My name is Thomas Rhett, president of Home Team recording and here’s a contract that says everything you do until you’re 40 is fine,” he said.

After she sang a bit of the song, the tenacious tween also asked the country hunk to sign her boot. “I know, I ask a lot,” she said, to which the country star replied, “It’s OK, you’re cute.”

RELATED: Thomas Rhett opens up about the “emotional roller coaster” of adopting a baby

Of course, he obliged and, to return the favor, Sofia told him to call her if he ever needed any help. Hilarious!

A peek of Sofia’s YouTube page reveals that this young lady may be well on her way to her own career in entertainment. She’s also had the opportunity to sing with Kelsea Ballerini and get some career advice from Hunter Hayes. She’s even been a featured speaker at Rockford University.

Kinda makes you feel good about the future, huh? 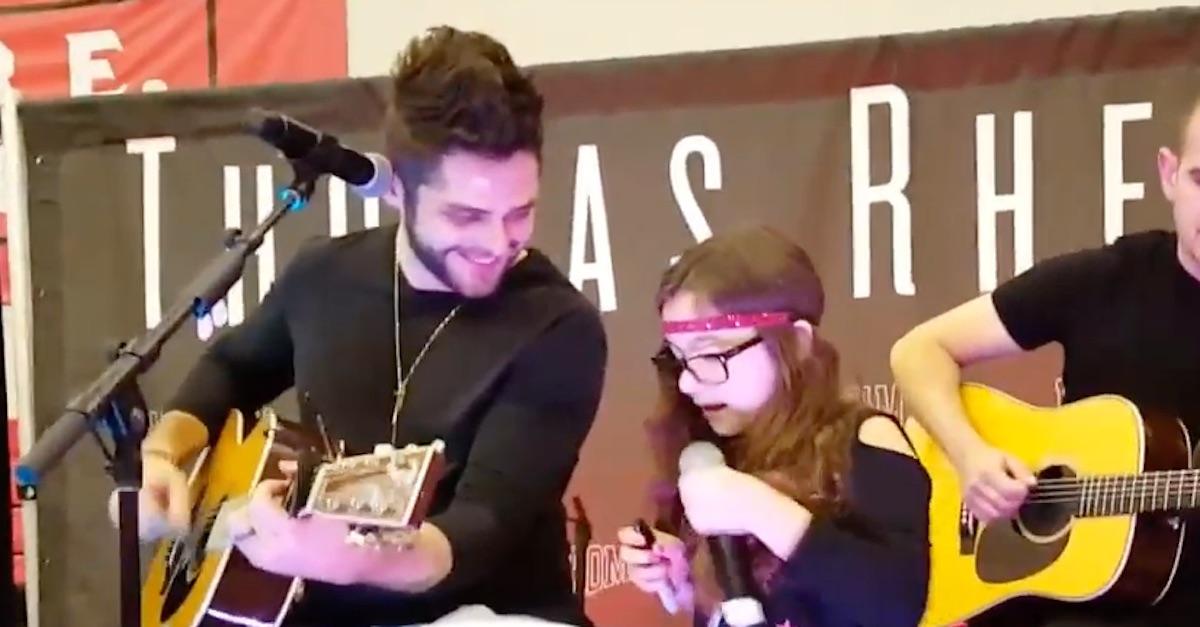